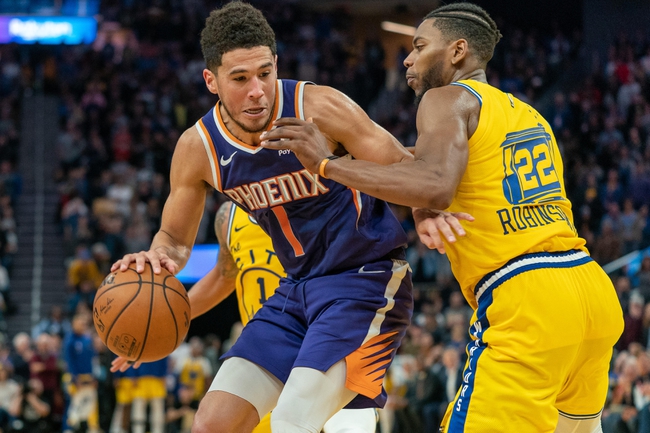 The Golden State Warriors (12-42) will visit the Phoenix Suns (21-33) at the Talking Stick Resort Arena. The Warriors are looking to lock up a first pick in the NBA draft with the highest odds in the lottery with just 12 wins this season.

The Warriors are still without Steph Curry and Klay Thompson, although it was announced that Curry will return eventually this season. It doesn’t do them any good right now. The Suns also have a ton of injuries that include DeAndre Ayton and Aron Baynes along with Dario Saric. At this point, it’s best to take the home team with the better quality players like Devin Booker. A home win seems like it’s in the cards for the Suns. Warriors are 7-18-1 ATS in their last 26 Wednesday games. Final Score Prediction, Phoenix Suns win and cover ATS 114-106.