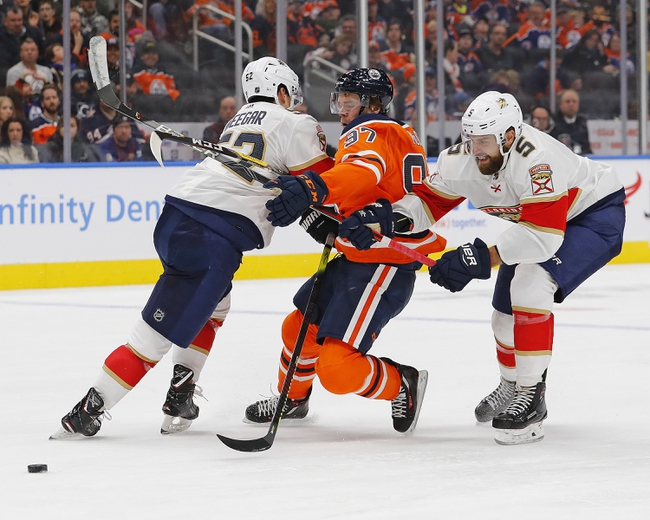 The Edmonton Oilers and Florida Panthers meet Saturday in NHL action at the BB&T Center.

The Edmonton Oilers enter this game playing the better hockey as of late and have won five of the last eight meetings against the Panthers. The Florida Panthers are slumping since the All-Star break and the lack of defense is showing its ugly head at the worst possible time. However, the Panthers are at home, and they're a desperate team that needs to pile up some points if they're going to make the playoffs. It's now or never. Because of that desperation, I'll take the Panthers and the cheap price at home.