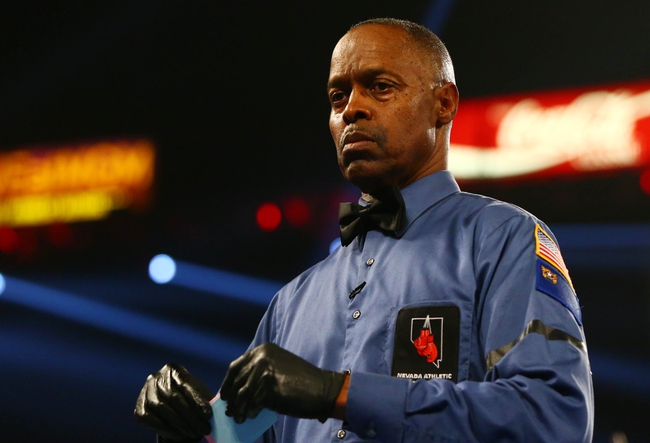 Tyron Zeuge enters this fight with a 20-0-1 record that includes 11 knockouts. Zeuge has won five of his last six fights, and he’s coming off a March win over Isaac Ekpo. Zeuge will defend his belt for the second time this year and looks for his third victory since November. Zeuge continues to work his way up as one of the top super middleweights in the world at just 25 years old and is quickly improving his resume with better competition. Of course, Zeuge is a 5’10” boxer who defends well, has a high boxing IQ and is really accurate with his counter punching. Zeuge isn't exactly known as a knockout artist, but he has stopped six of his last eight opponents. Zeuge has fought his whole career in Germany, his birthplace.

Paul Smith enters this fight with a 38-6 record that includes 22 knockouts. Smith has split his last six fights, and he’s coming off a September win over Daniel Regi. Smith gets another shot at a title, as he's 1-4 in his last title shots overall. Smith has looked sharp in his last three fights since his loss to Andre Ward and has just 11 rounds under his belt since May of last year. Smith is 5’11” with a 72 inch reach and works his jab well. Smith has a very strong right hand and has stopped seven of his last nine opponents. Of course, the concern with Smith is a questionable chin with three of his six losses coming by knockout. This will be Smith’s third fight in Germany.

Smith is a decent boxer who has punching power and has been in the ring with some of the biggest name in the division, so he's not going to be intimated by the bright lights and the magnitude of this opportunity. However, Smith is not on Zeuge’s level and is going to struggle outboxing the German. We’ve seen Smith try to beat Arthur Abraham twice in Germany and it didn't work out, and the same can be said for Ward in the United States. Smith is probably in that third tier when it comes to the super middleweight division, while Zeuge is on the cusp being one of the top fighters in this weight class.

Zeuge should win this fight without major issues and keep his belt.