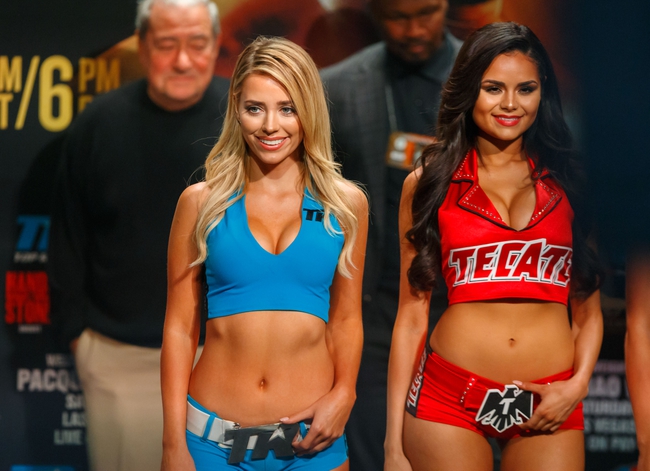 Billy Joe Saunders enters this fight with a 26-0 record that includes 12 knockouts. This will be Saunders’ fourth fight since 2016, and he’s coming off a December win over David Lemieux. Saunders is coming off his best victory in which he beat arguably the best Canadian boxer in his own backyard, the first time he left his own country. Saunders will now defend his belt for the fourth straight fight. Saunders is a 28-year-old southpaw who stands at 5’11” and continues to make a case as the best middleweight in the world. Saunders is a lengthy fighter with great movement, solid defense and an aggressive offensive attack that overwhelms opponents. While Saunders isn’t known for his pure punching power, he does swing for the fences and has these rapid combinations that he lands from a distance and can be tough to counter. Saunders proved in his last bout just how talented he is and silenced some of the critics who may have been overlooking him. Four of Saunders’ last five victories have come by decision, and he hasn’t produced a knockout since his 2015 win over Yoann Bloyer. Saunders has fought his whole career in the UK, except just one fight.

Martin Murray enters this fight with a 36-4-1 record that includes 17 knockouts. Murray has won six of his last eight fights, and he’s coming off a September win over Arman Torosyan. Murray has put together three straight wins since his 2016 loss to George Groves and has a chance at the biggest victory of his career. Murray is a 35-year-old who stands at 6’0”, has a 73 inch reach and an orthodox stance. Murray likes to box on the inside and can bully his opponent if he lets him, as he walks guys down and lands powerful punches when he closes off the ring. Five of Murray’s last seven victories have come by stoppage, so the punching power is there and can be a turning point if he lands cleanly. Murray doesn’t have great hand speed and doesn’t have the movement you’d like to see, but he works hard and is going to let his hands go. Murray is also a tough boxer who has only been knocked out once, while standing in the ring with guys such as Groves, Arthur Abraham and Sergio Martinez. Murray has fought much of his career in England, his birthplace.

Murray is a proven veteran who has been in the ring with some killers, so he’s not going to be scared of this moment. The problem is Murray usually struggles when guys can control the pace and don’t back down from forcing the offense. Murray isn’t quick enough to be a counterpuncher, so opponents who dictate the pace give him issues. Murray has also lost pretty much every big fight he’s been in, so it’s tough seeing this be any different. Saunders was extremely impressive in his last bout and enough for me to put him in my top-10 pound-for-pound entering the 2018 season. Saunders is the real deal on the offensive and defensive side, and it’s tough for me to make a case against him in his current form. This should be a rather easy fight for Saunders if we’re being completely honest.