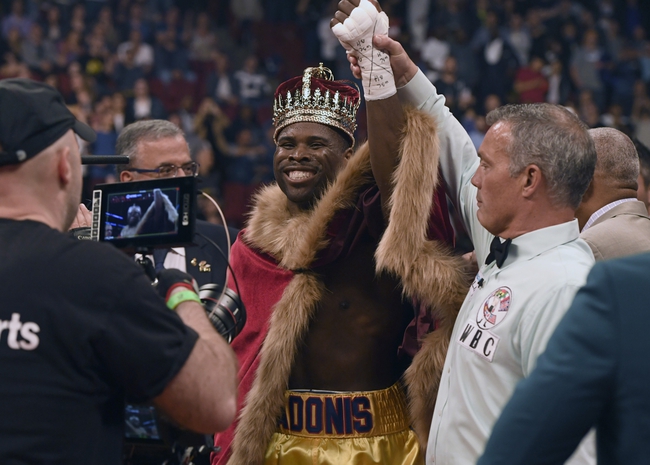 Adonis Stevenson enters this fight with a 29-1-1 record that includes 24 knockouts. Stevenson has won 15 of his last 16 fights and is coming off a May draw against Badou Jack. Stevenson could have easily been handed the loss in his last bout, as Jack landed more punches and at a much higher percentage. Of course, boxing politics often get in the way and can lead to sloppy results, so it’s clearly going to be difficult to beat Stevenson in Canada. Stevenson is a 41-year-old southpaw who stands at 5’11” and has a 77-inch reach. Despite his age, Stevenson still has power in both hands, as he’s knocked out four of his last six opponents and has ended five of his last eight fights in the sixth round or earlier. Stevenson enjoys working the body and is still quite active in the ring, as he threw over 600 punches in his last bout. When Stevenson lands a high percentage of his power shots, he’s likely going to end things, as only two of his fights in the last decade have seen a decision. This will be the first time Stevenson has fought twice in a year since fighting Sakio Bika and Tommy Karpency back in 2015. Stevenson has fought most of his career in Canada, his current residence.

Oleksandr Gvozdyk enters this fight with a 15-0 record that includes 12 knockouts. This will be Gvozdyk’s fourth fight since 2017, and he’s coming off a March win over Mehdi Amar. Gvozdyk has improved his competition the last couple of years, but this will easily be the biggest fight of his professional career and a win puts him in the conversation for best light heavyweight in the world. Gvozdyk is 31 years old, stands at 6’2”, has a 75 inch reach and an orthodox stance. Gvozdyk has great punching power with a left hook capable of dropping his opponent at any time. Gvozdyk works behind his jab well and puts together powerful combinations whenever he has his opponent on the ropes. The issues with Gvozdyk is that there are holes in his defense and he can be a bit wild at times. The sloppy style of boxing hasn’t caught up to Gvozdyk yet, but a higher tier of boxer could certainly make him pay if not careful. This will be Gvozdyk’s first career fight outside of the United States.

It’s difficult to pick against Stevenson given what happened in the last bout, as Jack won that fight and judges still found a way to keep the streak alive. Where fights take place mean something, and Stevenson has a clear edge in Canada. However, in terms of skill set, Gvozdyk should win this fight, as he’s the bigger, more powerful boxer with better one-punch knockout potential. Gvozdyk has the ability to walk down Stevenson and just unload some filthy combinations with a deadly hook that has dropped many fighters before him. Gvozdyk should also have more in the tank if this a lengthy fight given that he is the younger fighter by a decade.

I like Gvozdyk to remain unbeaten, but don’t be surprised if there’s some more foolishness with the judges that rob you of a winning wager.