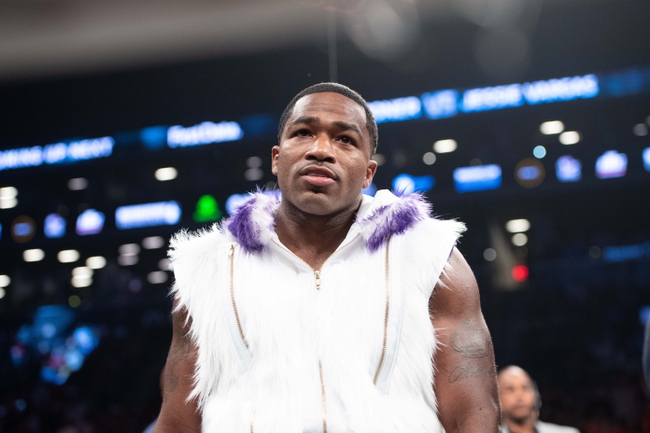 Adrien Broner enters this fight with a 33-3-1 record that includes 24 knockouts. Broner has won six of his last nine fights, and he’s coming off a April draw against Jessie Vargas. Broner took a while to get going in his last bout but dominated late and actually landed the higher percentage of his punches overall. You can make a case Broner should have been rewarded the victory in his last bout, but he’s got to do a better job of getting off to faster starts, as he’s now developing a habit with these sluggish starts. Broner is a 29-year-old who stands at 5’6”, has a 69 inch reach and an orthodox stance. Broner is obviously a super talented boxer, as the hand speed, athleticism, explosiveness and head movement are all there, and he’s capable of dropping anybody when he lands cleanly. The problem is consistency and motivation, as Broner has the reputation of being a bit of a clown and somebody who is highly unpredictable. Broner has lazy habits in the ring and can be a bit passive at times. Broner talks a good game, but the truth is you never know which version you’re going to get. Work ethic is the reason Broner isn’t mentioned in the same class as the top tier boxers. This will be Broner’s sixth career fight in Nevada.

Manny Pacquiao enters this fight with a 60-7-2 record that includes 39 knockouts. Pacquiao has won six of his last eight fights, and he’s coming off a July win over Lucas Matthysse. Pacquiao bounced back nicely from his BS loss to Jeff Horn, as he dominated the scorecards with an aggressive attack and produced multiple knockdowns before getting the knockout in the seventh round. It was a performance that proved Pacquiao still has it at his old age and is capable of finishing an opponent when he’s going for the kill. Pacquiao is now 40 years old, stands at 5’5” and has a 67 inch reach. While most boxers have fallen off a cliff at this age, Pacquiao can still use his high IQ and warrior mentality to get the job done. And while his athleticism and hand speed aren’t the same, Pacquiao still mixes in combinations well and is still highly conditioned to be effective for all 12 rounds. Pacquiao is still the aggressor and is coming off a bout in which he threw 344 punches in seven rounds. He’s obviously not the same boxer he was years ago, but Pacquiao still has enough in the tank to give most a run for their money. This will be Pacquiao’s 20th career fight in Nevada.

There’s reason t consider Broner as an underdog in this spot, as he’s the bigger, younger, stronger and more athletic fighter. Broner has a lot going for him in this fight and could beat Pacquiao into the ground if he was to take this seriously. The problem is you’re never sure which Broner is going to show up, and the last two times he was in the ring, he sleep walked for most of the fight and is lucky he didn’t earn two losses. Pacquiao may be old and slower, but we know he’s going to be well conditioned and bringing a serious attitude into the ring. Pacquiao’s IQ alone is worth more than any advantage Broner has, and he’ll be sure to frustrate the American with his defensive, cautious game plan. In a mental fight where Pacquiao is playing chess and Broner is playing checkers, it’s fair to see why Pac Man is the favorite. You just can’t trust Broner in the ring with somebody as smart and battle tester as Pacquiao.

Pacquiao gets his 61st victory.

The pick in this article is the opinion of the writer, not a Sports Chat Place site consensus.
Previous Pick
Power Ranking Top-10 Pound-For-Pound Boxers Heading Into 2019
Next Pick
Keith Thurman vs. Josesito Lopez Boxing Preview, Pick, Odds, Prediction - 1/26/19