Who Has The Most Boxing Knockouts Of All Time? 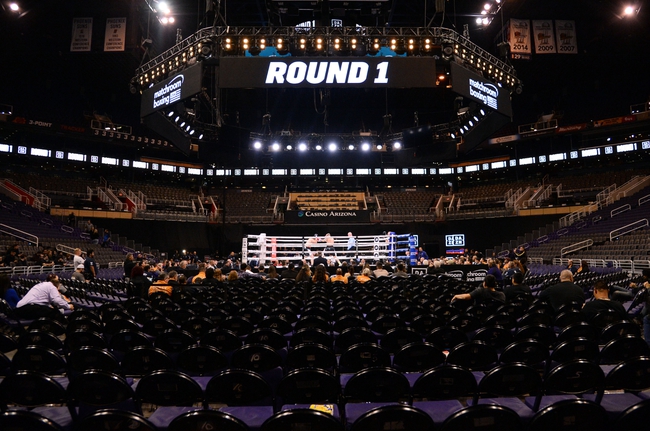 Most Knockouts In Boxing History

The knockout is the most exciting thing in boxing, as the crowd erupts when the fighter hits the canvas and the result is decided. No judges, no controversy, no politics, a fight being decided on the fighters terms and a devastating punch landed. While a lucky punch can land time to time, there are some boxers who are true knockout artists with some of the best power in their hands. GetBoxing Picks and Boxing Predictions at Sports Chat Place.

Here are the boxers with the most knockouts in boxing history.

1. Billy Bird, 138 knockouts - Billy Bird fought 356 times in 28 years, including 14 times within the first calendar year of turning pro in 1920. Bird fought out of the welterweight division and mowed through guys easily, allowing him to take fights at a remarkable pace and make him one of the more active boxers ever. This is a record that will never be broken.

2. Archie Moore, 132 knockouts - Archie Moore fought in three different weight classes from 1935 to 1963. Moore is considered to be one of the best punchers in the sport, and he was the World Light Heavyweight Champion for 10 years, which is a boxing record to this day.

3. Young Stribling, 129 knockouts - Young Stribling was a heavyweight from 1921 to 1933 and he holds division records with 253 total fights, 55 fights in a single year and most knockouts. Stribling was known for his defensive effort as much as his power, and he could be higher on this list if he didn’t die at 28 years old in a motorcycle accident.

5. Buck Smith, 120 knockouts - Buck Smith made his debut in 1987 without any boxing experience, and his career lasted until 2009. Smith was never considered a top tier boxer and doesn’t have a lot of memorable fights, but he threw powerful hooks and knocked out 52.8 percent of his opponents.

6. Kid Azteca, 114 knockouts - Kid Azteca lost the first two fights of his career, but as he gained experience, that power started to show up and he knocked out 45.2 percent of his opponents. Azteca is one of a few fighters to box in four different decades, joining boxers such as Bernard Hopkins and George Foreman.

8. Sugar Ray Robinson, 108 knockouts - Sugar Ray Robinson not only knocked out 54.2 percent of his opponents as a pro, but he was 85-0 as an amateur and 40 of those wins were first round knockouts. Sugar Ray is arguably the best boxer of all-time, as he was a natural who relied on instincts and feel more than anything.

9. Peter Maher, 107 knockouts - Peter Maher’s first fight was a fourth round knockout over John Seenan and five of his first 10 wins were stoppages. Maher is considered one of the best pound-for-pound boxers of all-time from Ireland.

10. Sandy Saddler, 103 knockouts - Sandy Saddler is considered one of the best punchers ever, and each of his last five wins were knockouts, so he didn’t fade his career badly like many other boxers have. Saddler has a ridiculous knockout percentage of 63.8 percent.