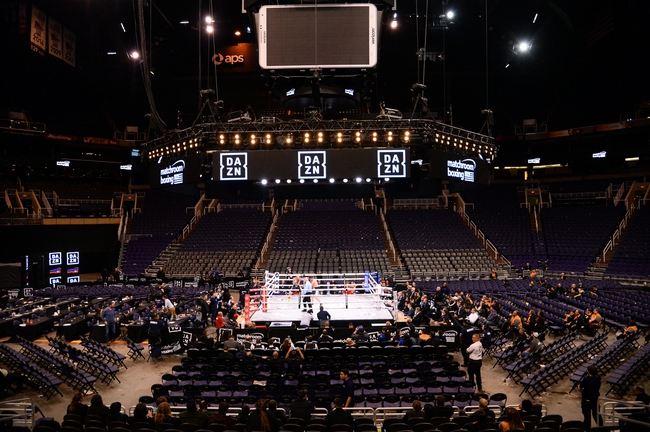 Amanda Serrano enters this fight with a 38-1-1 record that includes 28 knockouts. Serrano has won her last 24 fights, and she’s coming off a January win over Simone Da Silva. Serrano is coming off an impressive third round knockout victory over an opponent she should have finished easily. Serrano has produced knockouts in 10 of her last 13 fights, and she still hasn’t lost since her 2012 bout against Frida Wallberg. Each of Serrano’s last four finishes have ended in the third round or earlier. Serrano is a 31-year-old southpaw who stands at 5’5” and has a 65-inch reach. Serrano is an aggressive boxer who walks down her opponent and lets her hands go at all times. Serrano throws constant combinations with an incredible work rate, and she has a very nasty left hand that has dropped many opponents with one shot. Serrano is a great athlete to go along with her punching power and is well conditioned to push the pace as long as she needs. Serrano can sometimes be too aggressive offensively and it can open up room for counters, but she’s also shown great head movement, so her defense isn’t as big of a concern. This will be Serrano’s first career fight in England.

Katie Taylor enters this fight with a 15-0 record that includes six knockouts. This will be Taylor’s fourth fight since 2019, and she’s coming off an November win over Christina Linardatou. Taylor has picked up where she left off in her Olympic background, racking up 15 wins in three years and defending multiple belts over the last two. Taylor has really improved her pro resume over her last few fights and four of her last five fights have ended in decisions. Taylor is 33 years old, stands at 5’5”, has a 66-inch reach and a orthodox stance. Taylor is a scrappy boxer with quick hands and she can change levels very quickly. Taylor gets in and out of her combinations as well, as she overwhelms with relentless shots and then steps out before her opponent can fully engage. Taylor moves her head well and has impressive footwork, making her frustrating on the defensive side of the ring as well. Taylor’s combination of offense and defense is the reason most consider her one of the best female boxers in the history of the sport. This will be Taylor’s ninth career fight in England

This is going to be a fun fight to watch and possibly the best bout on the card, as both of these ladies throw down and aren’t afraid to turn up the volume and get in a straight up war. Serrano is a scrappy Puerto Rican who walks down her opponent with confidence and lets her hands fly. The reason I’m siding with Taylor is because of the experience, as she’s seen everything throughout her career, and she also has the better technique defensively. Serrano can be 100 percent offense, leaving herself exposed defensively and that’s going to open some clean opportunities for Taylor to counter. While Taylor has an aggressive style, she also knows when to pull back and not take as many shots. Taylor is the crisper puncher with better technique and there’s nothing Serrano does she hasn’t seen already.

This is also one of the cheaper prices you’re ever going to see Taylor at, so take advantage while you can.

The pick in this article is the opinion of the writer, not a Sports Chat Place site consensus.
Previous Pick
Eleazar Valenzuela vs. Miguel Berchelt - 6/27/20 Boxing Pick, Odds, and Prediction
Next Pick
Helen Joseph vs. Mikaela Mayer Boxing Pick, Odds, Prediction - 7/14/20