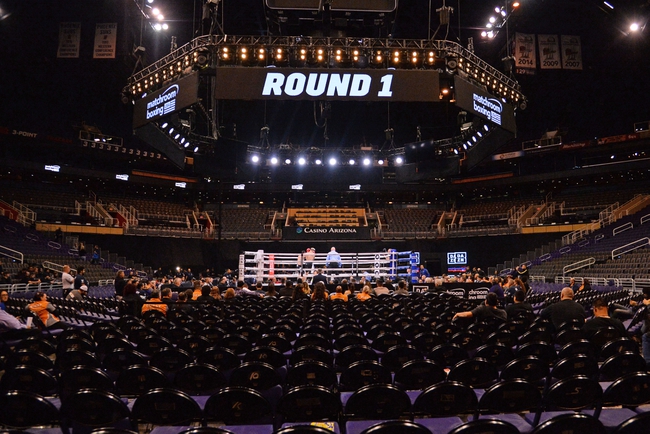 Dillian Whyte enters this fight with a 27-1 record that includes 18 knockouts. Whyte has won each of his last 11 fights and he’s coming off a December win over Mariusz Wach. Whyte still hasn’t lost since his knockout loss to Anthony Joshua about four and a half years ago, and he’s coming off a bout that he dominated from start to finish but couldn’t get the knockout. Four of Whyte’s last six victories have ended in decisions. Whyte is 32 years old, stands at 6’4”, has a 78-inch reach and an orthodox stance. Whyte has very powerful hands, does a good job of working the body and usually throws combinations that’s followed by a left hand that can drop anybody when landed cleanly. Whyte wants to fight on the inside, as there’s not much footwork or movement at all to his attack and it can be a bit awkward at times. However, Whyte does have underrated head movement and can be viscous on counters. There’s questions with Whyte and certainly room for improvement, but his power and punch accuracy is up there with some of the best in the heavyweight division. This will be Whyte’s 24th career fight in England.

Alexander Povetkin enters this fight with a 35-2-1 record that includes 24 knockouts. Povetkin has won six of his last eight fights, and he’s coming off a December draw against Michael Hunter. Povetkin is coming off a controversial draw, as he was outworked for most of the rounds and ran out of gas in the final rounds as well. Povetkin had issues with the speed of Hunter and ate some really powerful shots that had his staggered at times. Povetkin could have easily lot two of his last three bouts. Povetkin is a 40-year-old Russian who stands at 6’2”, has a 75-inch reach and an orthodox stance. Povetkin is your typical Russian boxer, as he stands in strong, doesn’t made trading shots in the middle of the ring and has a strong chin, as he showed in his last fight. Povetkin isn’t the biggest heavyweight in the world, but he packs a nice punch and has some underrated hand speed that allows him to put together combinations and be effective on the counter. The concern is that Povetkin has looked sloppy at times in his last few fights and you have to question if the age is taking its toll with each round. This will be Povetkin’s third career fight in England.

You always have to consider big plus money anytime you can get a battle tested champion at these prices, and Povetkin may be up there in age, but he’s still a capable boxer with a respectable chin. Povetkin isn’t going down easy and Whyte hasn’t finished fighters the way you’d expect his lat few times out. The problem is Povetkin has been on the decline his last few fights and should have been rewarded a loss in his last bout. Whyte is the bigger, stronger and younger fighter at this stage, and he should get a style of fight he wants. Povetkin is going to trade shots and box from the inside, allowing Whyte to line up some clean shots and do some damage.

This is a fight Whyte should win by knockout. Should being the key word.