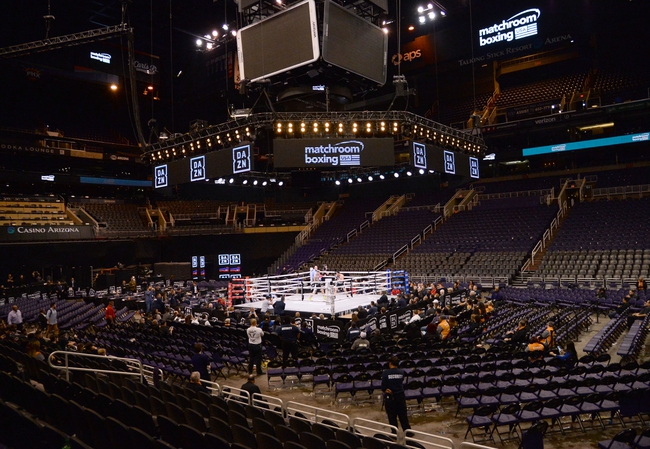 Yunier Dorticos and Mairis Briedis fight Saturday at the Arēna Rīga for the IBF cruiserweight title.

Yunier Dorticos enters this fight with a 24-1 record that includes 22 knockouts. Dorticos has won five of his last six fights, and he’s coming off a June win over Andrew Tabiti. Dorticos is coming off an impressive 10-round knockout victory after landing a right hand on the chin and knocking his opponent out cold. Dorticos has now won back-to-back fights since his first career loss to Murat Gassiev, and he looks to build on this momentum. Dorticos is 34 years old, stands at 6’3”, has a reach of 80 inches and an orthodox stance. Dorticos has the nickname of KO Doctor and his last bout shows just how explosive he can be with one shot. Dorticos has finished five of his last six victories and only two of his wins for his career have gone the distance. Dorticos has a powerful straight right and does a good job of reading his opponents tendencies to line up the perfect shot in due time. Dorticos has terrific size for a cruiserweight and may be the hardest puncher within the division when talking about pure power. You don’t see guys built or as strong as Dorticos walking around at this weight. This will be Dorticos’ second career fight in Latvia.

Mairis Briedis enters this fight with a 26-1 record that includes 19 knockouts. Briedis has won five of his last six fights, and he’s coming off a June win over Krzysztof Glowacki. Briedis is coming off a real sloppy and controversial fight where there was a punch to the back of the head, an elbow thrown and some horrible refereeing. Still, Briedis was rewarded a TKO victory nonetheless and now has a chance to prove he’s the best boxer within this division. Briedis is 35 years old, stands at 6’1”, has a 75-inch reach and an orthodox stance. Briedis didn’t look great in his last bout, but he’s an energetic boxer with obvious power and an aggressive style. Briedis is going to let his hands go, muck things up a bit and knows how to jump on his opponent when he feels the fight tilting in his favor. Briedis has a very strong right hook and sets up his punches well to create that opening for it to land. This will be Briedis’ 16th career fight in Latvia, his birthplace.

Briedis should be favored given that this is a home fight for him in Latvia, and the crowd there is nasty, he thrives off the energy and we saw how shady things seem to favor him in the last bout. Boxing is a weird sport and fishy things usually happen to favor the home fighter. With that said, we’re getting a really solid boxer in Dorticos at plus money, a guy who could possibly have the power advantage, is sharper with his hands and defense, and he has a considerable size advantage in this fight as well. Dorticos is a tough Cuban boxer who is not going to roll over like previous fighters, and he has the crisp power punches to counter Briedis’ aggressiveness.

I’m siding with Dorticos and the plus money.

The pick in this article is the opinion of the writer, not a Sports Chat Place site consensus.
Previous Pick
Who Has The Most Boxing Knockouts Of All Time?
Next Pick
Felix Caraballo vs. Shakur Stevenson Boxing Pick, Odds, Prediction - 6/9/20