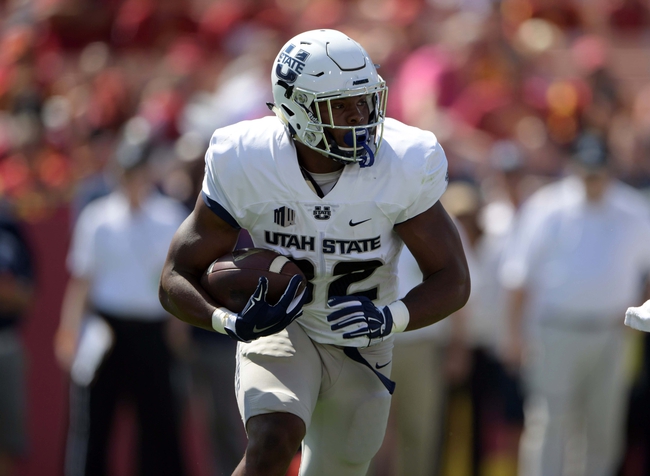 The Utah State Aggies will travel to Hughes Stadium (CO) to take on the Colorado State Rams this Saturday night in College Football action.

Utah State knew the start of Mountain West play was going to be difficult with games against Air Force and Boise State but have to feel that the wins will start coming as their defense held the Falcons and Broncos to just a combined 48 points. Colorado State has had a difficult start to their season as not only did the Rams lose at home in their conference opener against Wyoming, but also got embarrassed against their in-state rival, the Colorado Buffaloes, to begin their season. Utah State has had trouble generating offense early on in the season (ranked 103rd in scoring offense), however, I think Kent Myers and Devante Mays should be able to find the end zone against the Rams defense that ranks 77th in scoring defense. Colorado State has to be encouraged with the play of their young QB, Colin Hill, however, I think the Aggies defense will give Hill more than he is going to be able to handle and Utah State will be able to cover this small road spread.  Take Utah State to cover.