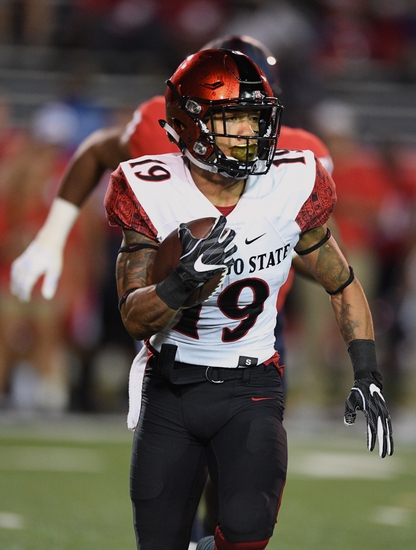 The UNLV Rebels will travel to Qualcomm Stadium to take on the San Diego State Aztecs this Saturday night in College Football action.

UNLV got a nice win against Fresno State to open up conference play and although their defense is ranked 85th in scoring defense, the Rebels do have the 43rd ranked scoring offense and 9th ranked rushing offense. San Diego State might have fell out of the top-25 with their loss against South Alabama but the Aztecs are still one of the Mountain West favorites with RB Donnel Pumphrey leading the way. UNLV is certainly headed in the right direction but the Rebels struggled last year against the Aztecs (52-14 L) and as I think San Diego State will come out strong at home in their conference opener, I’m taking to Aztecs to cover this spread at home. Take San Diego State to cover.

The pick in this article is the opinion of the writer, not a Sports Chat Place site consensus.
Previous Pick
Utah Utes vs. Arizona Wildcats - 10/8/16 College Football Pick, Odds, and Prediction
Next Pick
Free College Football Picks, Odds, Schedule, and TV Info For All Week 6 2016 Games