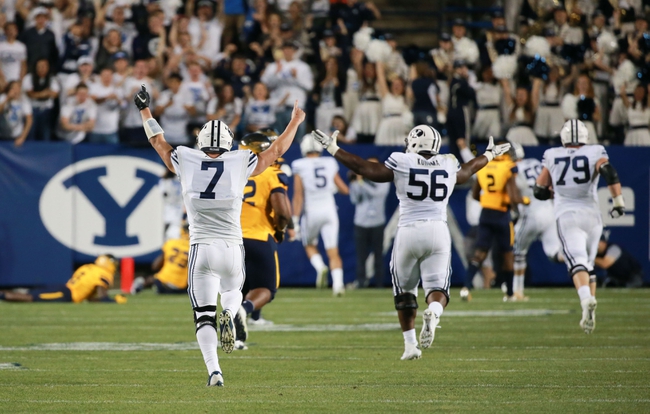 The BYU Cougars look to build on their win over Michigan State while getting a game above a .500 record. The BYU Cougars have won seven of their last eight home games. Taysom Hill is completing 60.6 percent of his passes for 1,255 yards, six touchdowns and six interceptions. Hill has at least one touchdown pass in four straight games. Nick Kurtz and Jonah Trinnaman have combined for 450 receiving yards and two touchdowns while Colby Pearson has 18 receptions. The BYU Cougars ground game is averaging 210 yards per contest, and Jamaal Williams leads the way with 866 yards and 10 touchdowns. Defensively, BYU is allowing 25.8 points and 404.5 yards per game. Fred Warner leads the BYU Cougars with 45 tackles, Sae Tautu has three sacks and Kai Nacua has four interceptions.

Mississippi State is not the Mississippi State of last year and has struggled on both sides of the ball, especially on the defensive side. BYU got off to a shaky start but seems to have gotten back on track with Hill throwing the ball well and Williams running like the top-10 back he has the ability to be. When the BYU Cougars are getting the job done offensively, they're tough to beat when you add the fact their defense creates turnovers. BYU is also very good at home with wins in seven of its last eight.

I'll take BYU by a touchdown against the shaky Mississippi State Bulldogs.