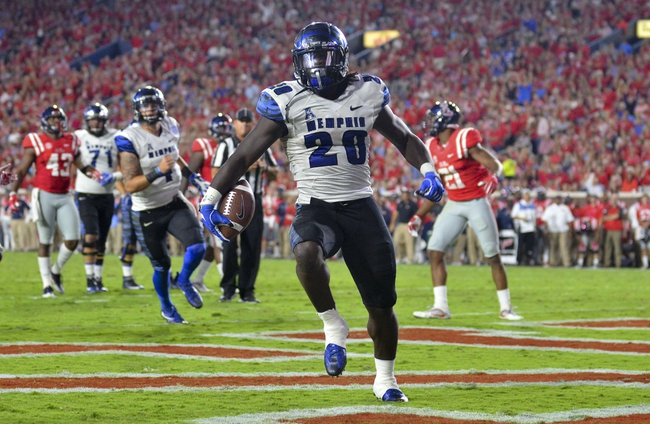 The Memphis Tigers will travel to Yulman Stadium to take on the Tulane Green Wave this Friday night in College Football action.

The Tulane Green Wave had the past weekend off after their game against UCF was postponed due Hurricane Matthew. Tulane improved to 3-2 (0-1 AAC) the week before after they defeated the UMass Minutemen by a 31-24 margin. Tulane used a big 2nd half in which they outscored UMass by a 21-7 margin to secure the comeback victory. Tulane outgained the Minutemen by a 448-312 margin and won the turnover battle by a 2-1 margin. Leading the way for the Green Wave was WR Terren Encalade who had a TD and 125 receiving yards on 7 receptions. On the season, Tulane is averaging 31.0 ppg on 349.8 total yards per game (103.2 passing, 246.6 rushing). Offensively, Tulane is a run-first team that ranks 19th in the country in rushing offense. The Green Wave rushing attack is led by RB Dontrell Hilliard (14.2 att/g, 76.8 yds/g, 5 TD), RB Josh Rounds (9.8 att/g, 53.2 yds/g, 4 TD), QB Johnathan Brantley (8.0 att/g, 39.0 yds/g), and RB Lazedrick Thompson (6.2 att/g, 30.6 yds/g, 3 TD). QB’s Glen Cuiellettte and Johnathan Brantley have combined to complete 46.6% of their passes for 5 TD and 2 INT while averaging 103.2 passing yds/game. Terren Encalade is Tulane’s biggest threat at WR as he has 4 TD’s on the season and averages 50.4 yards per game on 3.8 receptions per game. Defensively, Tulane is holding their opponents to an average of 22.4 ppg on 309.0 total yards per game (171.4 passing, 137.6 rushing). Tulane has an impressive turnover margin of +8 on the season.

Memphis isn’t the same team without Paxton Lynch behind center but Memphis continues to display an impressive offense as the Tigers currently ranked 11th in terms of scoring offense. Tulane will help to use their solid rushing attack to not only put up points on the board but more importantly, control the clock and keep the Tigers offense on the sidelines. Tulane has already exceeded expectations this season with their three wins however, looking at their close victory against a below-average UMass team, the Green Wave are still probably a season or two away from becoming a contender in the AAC. The Tigers have done a nice job against the run this season and as I think they’ll be able to put up some points against the Tulane, I’m taking the Tigers to cover this road spread. Take Memphis to cover.