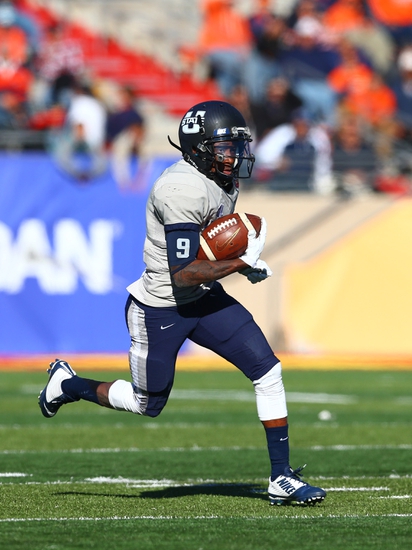 The Western Michigan Broncos take their perfect record on  on the road to take the field with the Akron Zips in week 7 college football.

The Western Michigan Broncos appear to be the real deal with a perfect 6-0 record after taking down visiting Northern Illinois 45-30 in week six. The Broncos outgained the Huskies 573-486 behind efficient rushing and passing with NIU giving the ball away twice. WMU quarterback enjoyed a near perfect performance, going 18-24 for 327 yards and three touchdowns with leading receiver Corey Davis catching six balls for 122 yards and a pair of TD’s while Jarvion Franklin caught three balls out of the backfield for 80 yards and a score. Franklin led the Western Michigan rushing attack with 169 yards and a touchdown on 31 totes while Davon Tucker added 52 yards and another TD.

The Akron Zips stand at 4-2 after six games and looked good in all but a loss at Wisconsin with no shame in that. The Zips looked great in week six where they handed Miami (OH) a 35-13 defeat. Akron didn’t rack up the yards with 299 and gave up 260 yards  with an outstanding defense forcing three turnovers. Akron quarterback Tra’Von Chapman was the offensive star with 174 passing yards and three touchdowns on 15-29 with top target Jojo Natson hauling in seven receptions for 81 yards with 22 yard and 32 yard TD’s. Chapman led the Zips on the ground 81 yards and ten carries and two more scores. Not to be overlooked was the Zips defense that put the offense in good position.