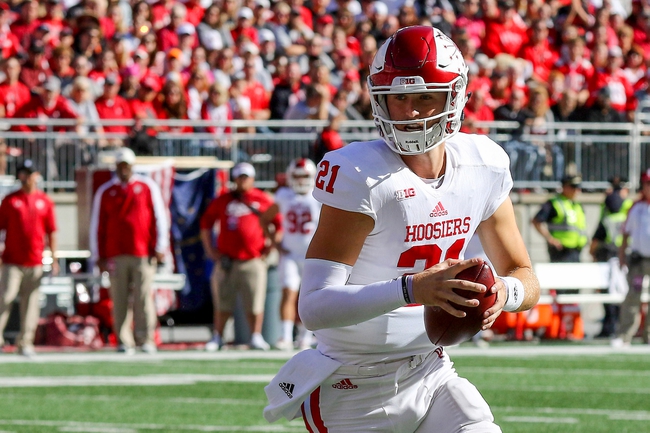 Coming up on Saturday, October 15 in Week 7 college football action from Memorial Stadium in Bloomington, the Nebraska Cornhuskers will be visiting the Indiana Hoosiers for a Big 10 showdown.

Nebraska comes into this game at a smooth 5-0 mark, fresh off their latest victory, a 31-16 win over Illinois two Saturdays ago. After the Illini scraped out a 16-10 lead going into the fourth quarter, the Cornhuskers turned on the jets, scoring 21 unanswered points in that final frame. Terrell Newby was the star of the show, rushing 27 times for 140 yards and two touchdowns, while Nebraska QB Tommy Armstrong Jr. went 16-of-23 for 220 yards and a TD. Jordan Westerkamp was the Cornhuskers’ lead receiver on the day with four grabs for 65 yards.

So far this year for Nebraska, Armstrong Jr. has bagged a 76-of-129 mark for 1151 yards and a 9:2 TD:INT ratio. Newby leads the Cornhuskers running attack with 59 carries for 327 yards and three TDs, and Alonzo Moore sits atop the receivers with 12 receptions for 310 yards and two scores.

Over on the Indiana side, they're sputtering a little bit lately on a 3-2 record following a 38-17 loss to Ohio State last weekend. In that one, the Hoosiers allowed a career-high 26 rush attempts for 137 yards and a TD to the Buckeyes’ J.T. Barrett, sealing their fate. Indiana QB Richard Lagow had a tepid day on 14-of-28 passing for 182 yards and two scores, while the majority of his work went to WR Nick Westbrook, who had two receptions for 67 yards. On the ground, the Hoosiers weren’t much better with Devine Redding leading the way on 22 carries for 78 yards.

Nebraska has a few relatively tough challenges on the schedule coming up, but for now they’re still cruising. The Cornhuskers have scored at least 31 points in four of their five games so far, and have gone over 42 twice in that span. Conversely, Indiana has allowed at least 33 points in their two losses, and are 1-2 over their last three games. The Hoosiers are fairly adept at scoring as well, but the line here isn’t anywhere near where it needs to be to push me off Nebraska.