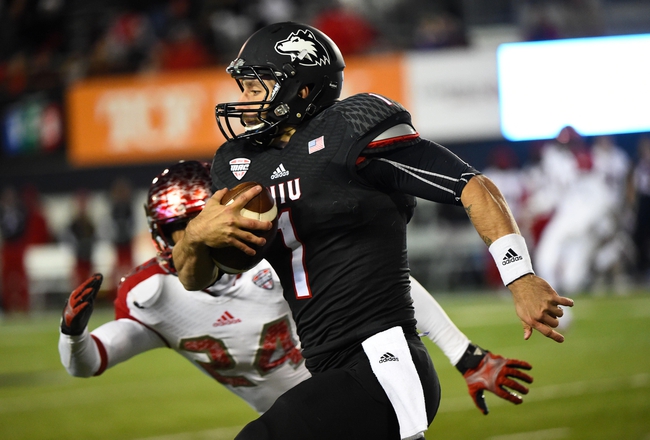 The Central Michigan Chippewas travel to Northern Illinois to take on the Huskies Saturday.

The Central Michigan Chippewas were sizeable favorites against Ball State but narrowly avoided the upset in a 24-21 victory in week six  as 12.5 point faves. The Chippewas seemed ready to explode with a 17-7 lead heading to the locker room but the offense stalled in the second half. CMU won the yardage battle 426-340 but the defense also intercepted a pair of throws and recorded a pick six. Chippewas quarterback Cooper Rush played well as he connected on 21-32 for 269 yards and a touchdown with Corey Willis leading the receiving corps with six receptions for 106 yards and a 15 yard TD. Devon Spalding gave the Chips some quality on the ground with 157 yards on 23 carries and a touchdown.

The Northern Illinois Huskies have been a MAC power for a long time but have struggled this season. The struggles continued in a 45-30 defeat at a very good Western Michigan in week six. The scoring was there for the Huskies but they were outgained 573-484 and turned the ball over twice. NIU quarterback Anthony Maddie threw for 324 yards on 14-30 for a touchdown and a pair of costly interceptions. Maddie also pace Northern Illinois on the ground with 111 yards and a trip to the endzone on 17 touches. Kenny Golladay led the receiving corps with 99 yards on five receptions but the bottom line is a few miscues against the Broncos is not going to beat them.

Mark’s Pick Northern Illinois +4 // with the line drop to CMU -2.5 I prefer the Chippewas