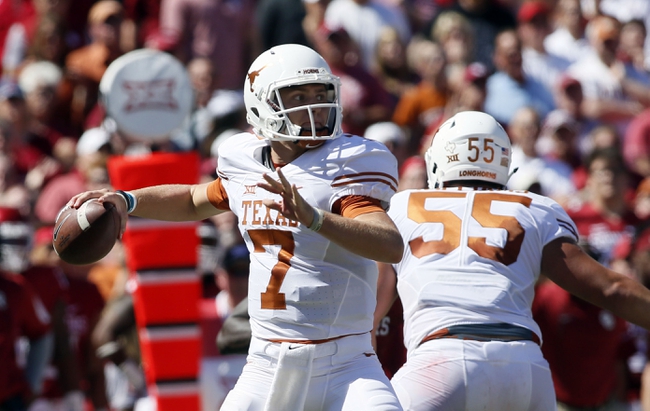 The Texas Longhorns are desperate for a victory in order to snap a three-game losing streak and keep Charlie Strong off the hot seat. The Texas Longhorns have won seven of their last 11 home games. Shane Buechele is completing 62.6 percent of his passes for 1,204 yards, 11 touchdowns and four interceptions. Buechele has thrown an interception of four of Texas’ five games. John Burt and Jacorey Warrick have combined for 378 receiving yards and three touchdowns while Jerrod Heard has 15 receptions. The Texas Longhorns ground game is averaging 244.8 yards per contest, and D’Onta Foreman leads the way with 595 yards and seven touchdowns. Defensively, Texas is allowing 39.6 points and 477.2 yards per game. Anthony Wheeler leads the Texas Longhorns with 45 tackles, Kevin Vaccaro has two sacks and Dylan Haines has two interceptions.

Iowa State is that team that usually has an upset in them every season and it hasn't come yet. Well, the Iowa State Cyclones beat Texas last year and the two meetings before that were decided by a combined four points. Iowa State plays Texas tough and isn't going to come into this game scared, especially after taking Oklahoma State down to the wire last week. The Texas Longhorns also continue to struggle on the defensive side of the ball.

I'm taking the Iowa State Cyclones and the free points.