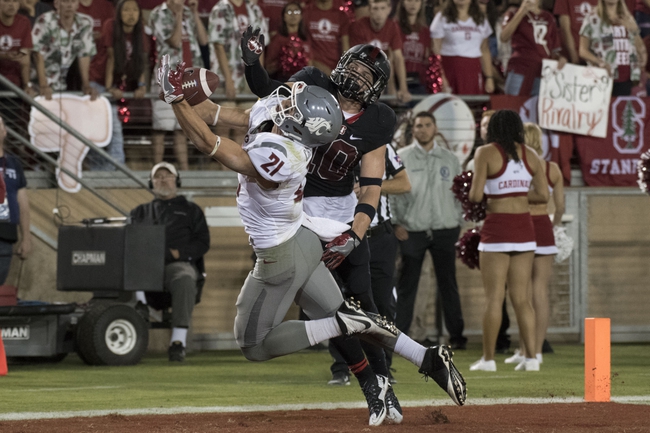 The UCLA Bruins travel to Martin Stadium looking for the upset of the Washington State Cougars.

The UCLA Bruins had hoped to be better then 3-3  after six games but points have been tough to come by to help out the defensive side of the football. Scoring was the issue for the Bruins in a 23-20 defeat at Arizona State as an eight point favorite. UCLA dominated total yards 443-274  but lost the turnover battle 4-3. The Bruins offense was one dimensional with no rushing attack but quarterback Josh Rosen threw for 400 yards with a pair of touchdowns and an interception while Mike Faful threw for 44 yards and two picks. Austin Roberts caught three balls for 106 yards but the Bruins needed more effective running and fewer mistakes.

The Washington State Cougars are trying to build some momentum and they should have some with three consecutive victories to their credit after plowing over Stanford 42-16 on the road as a 7.5 point underdog in week six. The Cougars totaled 458 yards with two giveaways while the Cardinal were held to 296 yards and three turnovers. WSU didn’t run often or well with 40 yards from Jamal Morrow leading the ground game. Cougars quarterback Luke Falk had more success as he completed 30-41 for 357 yards and four touchdowns and a pair of interceptions including a pick six. River Cracraft paced eleven Washington State receivers with 130 yards on seven receptions including a 16 yard TD.