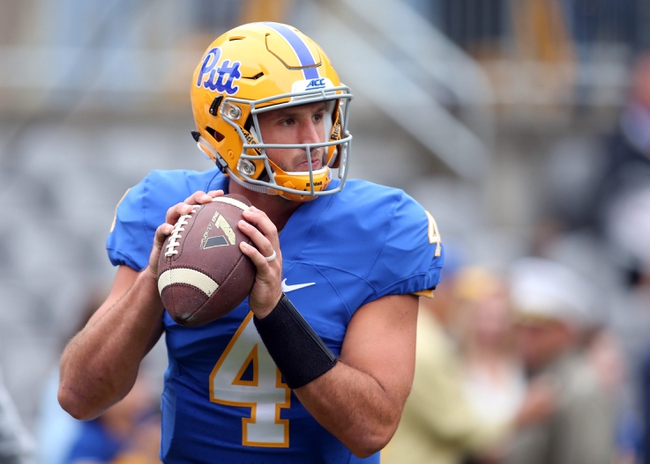 Headed our way from David A. Harrison III Field at Scott Stadium in Charlottesville on Saturday, October 15, we’ve got Week 7 college football action in the ACC between the Pittsburgh Panthers and the Virginia Cavaliers.

Pittsburgh is entering play here with a 4-2 record, fresh off a stunning 37-34 comeback victory over Georgia Tech. The Panthers were down late, but scored a 74-yard touchdown and managed a field goal as time expired to set up the win. Pittsburgh QB Nathan Peterman finished 14-of-20 for 192 yards and a TD, with most of the work going to Scott Orndorf, who logged two catches for 86 yards and a score. James Conner led a stout and deep Panthers rushing attack on 14 carries for 60 yards.

So far this year, Peterman has put up an 89-of-137 line for 1115 yards and nine touchdowns for Pittsburgh, while Jester Weah leads the receivers on 17 catches for 348 yards and three scores. Conner is tops among the Pittsburgh RBs with 104 carries, 441 yards and five touchdowns.

Over on the Virginia side, they’re entering play this weekend with a 2-3 mark, losing their first three outings and winning their most recent two. On October 1 in their latest game, the Cavaliers managed a 34-20 win over Duke. Virginia forced five turnovers in that game, all interceptions which tied the school’s record. QB Kurt Benkert put up a respectable line with 23-of-41 passing for 336 yards and three touchdowns for Virginia. Taquan Mizzell was the Cavaliers’ lead rusher with 14 carries for 60 yards, and David Eldridge was the big contributor in receiving with two catches for 112 yards and a TD.

On the Cavaliers season, Benkert is 119-for-199 for 1455 yards and 13 TDs. Albert Reid sits atop the rushing stats with 59 carries for 318 yards and four scores, while Olamide Zaccheaus is Virginia’s lead receiver on 26 grabs for 340 yards and four touchdowns.

Whether they win or lose, Pittsburgh seems to like getting into close games this year. Aside from the Villanova and Marshall games, the Panthers have won or lost by a maximum of seven points. On the flip side, Virginia seems to fare better in high-scoring games, going 2-1 in games they’ve scored more than 20 points in this year. I think the Panthers will lean on their rushing attack here, and keep this game relatively low-scoring. That is more conducive to a Pittsburgh victory, and a cover of the spread (if barely).

The pick in this article is the opinion of the writer, not a Sports Chat Place site consensus.
Previous Pick
Oklahoma vs. Kansas State - 10/15/16 College Football Pick, Odds, and Prediction
Next Pick
Free College Football Picks, Odds, Schedule, and TV Info For All Week 7 2016 Games