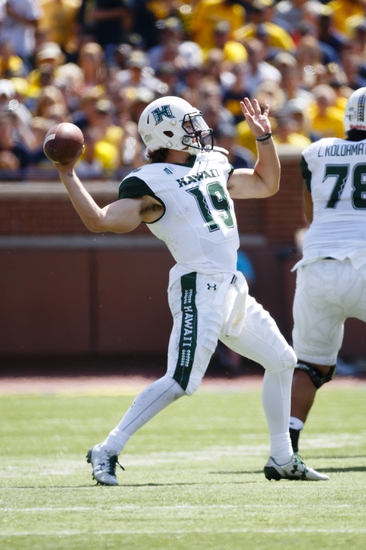 The UNLV Rebels will travel to Aloha Stadium to take on the Hawai’i Rainbow Warriors his Saturday night in College Football action.

UNLV continues to improve under 2nd year head coach Tony Sanchez however, still need to get better on the defensive end as they rank 73rd in total defense. Hawai’i has played really well over their last two games as although their defense ranks 116th in scoring defense, the Rainbow Warriors held their last two opponents to just 17 points each. Without Johnny Stanton, UNLV doesn’t have the same threat in the passing game with Dalton Sneed and as Dru Brown has been outstanding with both his arm and legs and has helped Hawai’i cut down on their turnovers, I’m taking the Rainbow Warriors to cover this TD spread at home. Take Hawai’i to cover.