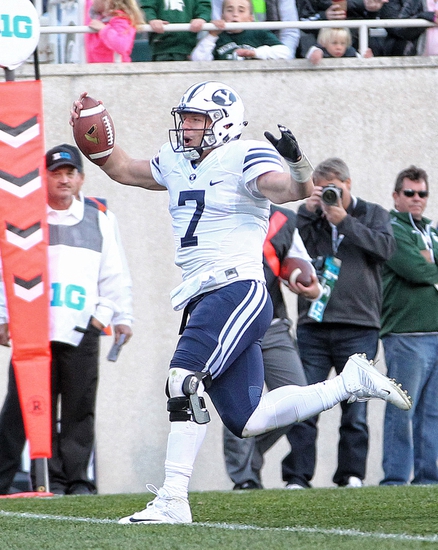 The BYU Cougars will travel to Albertsons Stadium to take on the 14th ranked Boise State Broncos this Thursday night in College Football action.

BYU might not stand out on the stat sheet as they rank just 69th in total offense and 67th on total defense, however, the Cougars are one of the most well-balanced teams in the country and have done a great job forcing turnovers. Boise State is certainly the team to beat in the Mountain West this season led by one of the best running backs in the country in Jeremy McNichols. BYU three losses this season have by a combined 7 points against Utah (away), UCLA, and West Virginia. Boise State has the 23rd ranked scoring defense however, I think Taysom Hill and Jamall Williams will be able to do enough on the road to keep this game within a TD. Take BYU and the points.