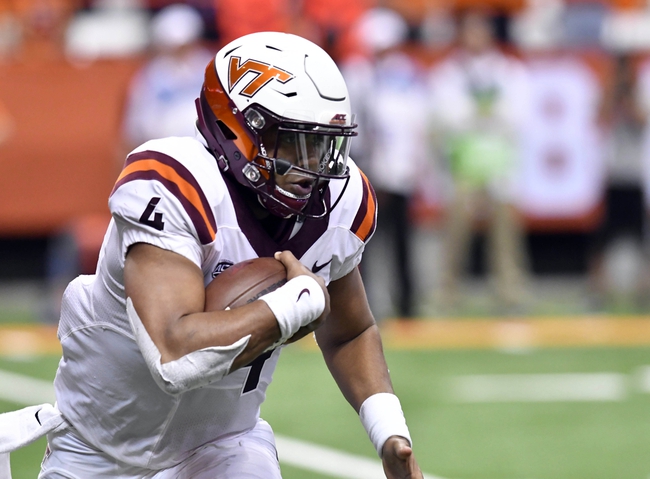 The Miami Hurricanes look to remain unbeaten on the road and snap back from back-to-back tough losses. The Miami Hurricanes have not lost three straight games since the end of the 2014 college football season. Brad Kaaya is completing 62 percent of his passes for 1,373 yards, 10 touchdowns and four interceptions. Kaaya has one or less touchdown passes in seven of his last 10 games. Stacy Coley and Ahmmon Richards have combined for 662 receiving yards and seven touchdowns while David Njoku has 14 receptions. The Miami Hurricanes ground game is averaging 188.5 yards per contest, and Mark Walton leads the way with 566 yards and eight touchdowns. Defensively, Miami is allowing 14 points and 313.2 yards per game. Rayshawn Jenkins leads the Miami Hurricanes with 40 tackles, Joe Jackson has 3.5 sacks and Adrian Colbert has one interception.

The Miami Hurricanes look like a team that lost its way after losing two winnable games at home and getting little to no consistency from their offense. Virginia Tech had a rough loss at Syracuse, but the Hokies have been far more consistent overall and have been very tough at home. If you've been following college football over the years, you know playing at Lane Stadium at night is one of the tougher things to do in college football. I was high on the Hurricanes before the season, but those two losses to Florida State and North Carolina have me worried.

I have to back the Hokies at home.

The pick in this article is the opinion of the writer, not a Sports Chat Place site consensus.
Previous Pick
Free College Football Picks, Odds, Schedule, and TV Info For All Week 7 2016 Games
Next Pick
South Alabama Jaguars vs. Troy Trojans - 10/20/16 College Football Pick, Odds, and Prediction