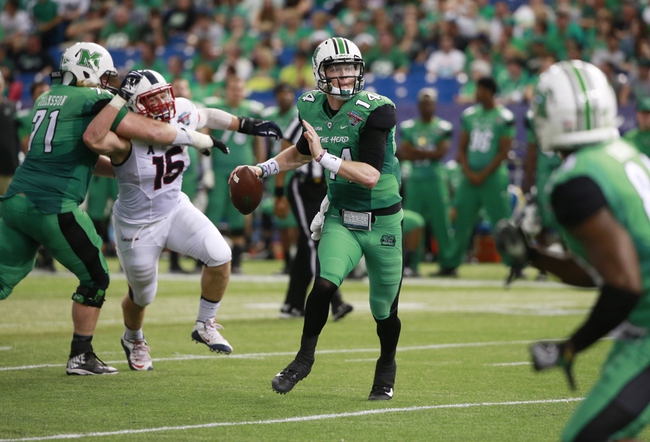 The Marshall Thundering Herd welcome the Charlotte 49ers to town for some Saturday evening College football.

The Charlotte 49ers take the field in college football action against Marshall hoping to shake off the disappointment of a 27-26 loss to visiting Florida International as a 5.5 point home dog. The 49ers outgained FIU 403-354 with each team giving the ball away three times. Charlotte quarterback Hasaan Klugh completed 21-31 for 171 yards and a touchdown and interception with Austin Duke catching three passes for 47 yards. The 49ers rushing attack saw Kalif Phillips and Klugh combine for 194 yards on 40 carries but the offense was not explosive and there were too many miscues.

The Marshall Thundering Herd have been one of the top threats in CUSA college football and were supposed to be once again in 2016 but the team has struggled on both sides of the ball. The Thundering Herd improved to 2-4 on the year with a 27-21 victory versus visiting Florida Atlantic as a two touchdown favorite. The teams combined for almost 900 yards with Marshall doing their damage in the air with quarterback Chase Litton throwing for 330 yards and a touchdown with a pick while top receiver Josh Knight hauling in nine passes for 128 yards and a score. The Thundering Herd was average on the ground with Keion Davis totaling 74 yards on 22 carries and a pair of TD’s while Litton added another 45 yards.