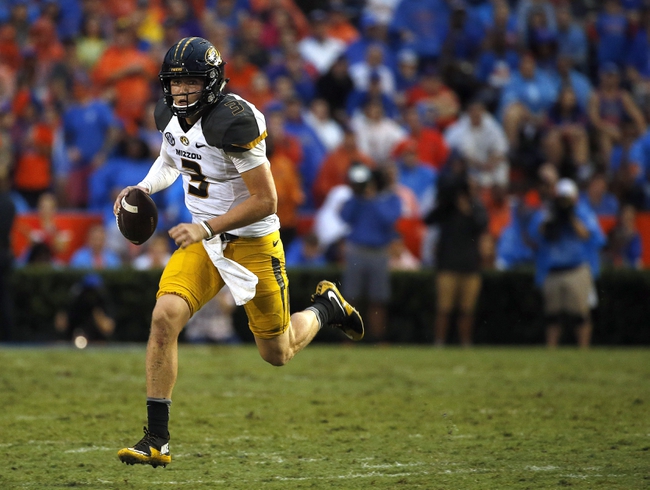 The Missouri Tigers and the Middle Tennessee State Blue Raiders face off on Saturday in Week 8 college football action.

The Missouri Tigers are 2-4 this season and they have lost 3 of their last 4 games. The Missouri offense is averaging 33.2 points and 484.3 yards per game and they have turned the ball over 12 times. Mizzou QB Drew Lock has completed 53.9 percent of his passes with 14 touchdowns and 6 interceptions. Damarea Crockett is the Tigers leading rusher with 390 yards and 3 touchdowns and J’Mon Moore is the top receiver with 28 catches and 6 touchdowns. The Missouri defense is allowing 26.2 points and 438 yards per game with 10 interceptions, 4 fumble recoveries, and 10 sacks. Michael Scherer is Missouri’s top tackler with 52, Thomas Wilson has 48 tackles, and Donavin Newsome has 41 tackles. Missouri needs to step it up or they won’t be going to a bowl game this season.

The Middle Tennessee Blue Raiders are 4-2 this season and they are coming off of a tough overtime loss to Western Kentucky. MTSU is averaging 37.6 points and 528.4 yards per game and they have turned the ball over 7 times. Blue Raiders QB Brent Stockstill has completed 61.7 percent of his passes with 15 touchdowns and 4 interceptions. I'Tavius Mathers is Middle Tennessee’s top rusher with 582 yards and 8 touchdowns and Richie James is the top receiver with 41 catches and 3 touchdowns and Ty Lee las 22 catches.   The MTSU defense is allowing 23 points and 370.6 yards per game with 3 interceptions, 4 fumble recoveries, and 14 sacks. Darius Harris is Middle Tennessee’s top tackler with 42, Alex Dale has 31 tackles, and Chris Melton has 28 tackles. MTSU will need to regroup after last week’s tough loss.

This is an odd game and while Missouri should be the far better team here, I see Middle Tennessee as a lot closer than the odds makers give them credit. Missouri makes a ton of mistakes and I see those be part of what helps MTSU cover here.