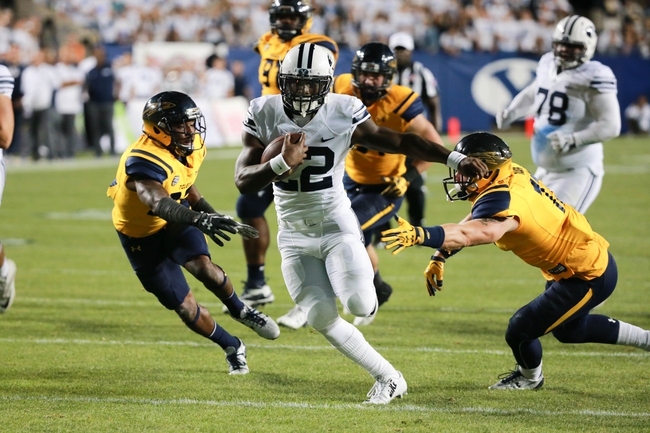 The Georgia Southern Eagles go on the road to oppose the New Mexico State Aggies in college football action Saturday.

The Georgia Southern Eagles have run the option with great success over the years and was considered one of the best in college football. However, it hasn’t been enough lately with three consecutive defeats capped off by a 35-24 defeat at Georgia Tech. A 21-7 first quarter hole was too much for the Eagles with the Yellow Jackets 437-335 yardage edge. GSU had issues throwing the ball downfield with Kevin Ellison going 10-17 for 102 yards and a touchdown with Favian Upshaw completing 8-16 for 66 yards with leading receiver BJ Johnson catching three passes for 42 yards and a score. Matt Breida led Georgia Southern on the ground with 58 yards while Wesley Fields and Upshaw combined for 83 yards.

The New Mexico State Aggies have a solid offense when it’s clicking but they are near the bottom of college football on the defensive side of the football. The Aggies come off a 55-23 defeat at Idaho where there were struggles on both sides of the ball with the Vandals amassing 651 yards while NMSU totaled 428 yards with a pair of turnovers. Aggies  quarterback Tyler Rogers was outstanding as he connected on 19-29 for 302 yards and a pair of touchdowns with receivers Tyrain Taylor and Izaiah Lottie combining for eight receptions for 205 yards with Lottie hauling in a 68 yard scoring strike. The Aggies rushing attack was non existent even against the Vandals.

Mark’s Pick over 66 // check back for update