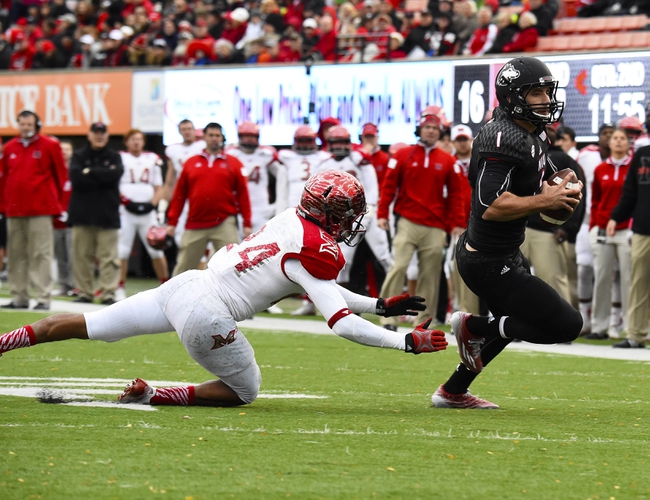 The Buffalo Bulls head to Huskie Stadium for a college football battle with the Northern Illinois Huskies.

The Buffalo Bulls have had problems finding the endzone and keeping opponents off the scoreboard and that trend continued in a 31-21 defeat to visiting Ball State. The Bulls looked to have upset on their mind with a seven point lead heading to the locker room before the Cardinals got going a took over the second half. UB just couldn’t get enough stops as they were outgained 568-465 and did force three turnovers but still came up short with no rushing attack to lean on. Bulls quarterback Tyree Jackson was very strong through the air with three touchdowns on 306 yards as he hit a solid 28-46 with Malcolm Robinson leading the receiving corps with five catches for 80 yards and a score. Jordan Johnson paced Buffalo on the ground with 76 yards on 12 touches but running the ball was ineffective.

The Northern Illinois Huskie are accustomed to challenging for the MAC title but it’s not going to happen this season. The Huskies dropped to 1-5 with a 34-28 loss to visiting Central Michigan which means they have to sweep the schedule for a Bowl berth. NIU trailed in yards 484-339 and committed a pair of turnovers in a game that could have gone in the win column. Huskies quarterback struggled in the air, going 18-30 for 165 yards and three touchdowns and a pair of interceptions. Kenny Golladay was Northern Illinois’ top receiver with seven receptions for 70 yards while Aregeros Turner was the ground game with four carries for 80 yards including a 53 yard scoring burst.

If there is a game that Northern Illinois are going to win big, this should be it but I understand if nobody touches them…