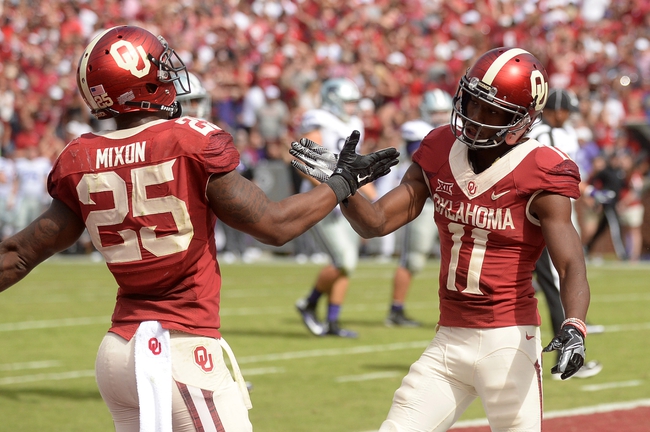 The Oklahoma Sooners possess one of the better college football offenses around but their defense has been suspect. The Sooners had both sides of the ball clicking in a 38-17 victory versus visiting Kansas State as a two touchdown favorite. OU racked up a 510-335 edge in yards behind a pass heavy attack. Oklahoma quarterback Baker Mayfield connected on 25-31 for 345 yards and four touchdowns and an interception with top receiving option Dede Westbrook hauling in nine receptions for 184 yards and a trio of TD’s. The Sooners weren’t as effective on the ground but Joe Mixon was the only runner of note  totaling 88 yards on 19 carries. The Sooners defense hasn’t been great in 2016 but Kansas State was held in check throughout.

The Texas Tech Red Raiders also have one of the most dangerous offenses in college football but their defense has been a concern. Both sides of the ball were a concern for the Red Raiders 48-17 defeat at the hands of visiting West Virginia for consecutive defeats. TT was outgained 650-378 with the Mountaineers capable of running or throwing as desired while Texas Tech was one dimensional with rushing attack to speak attack. Red Raiders quarterback Patrick Maholmes II connected on 28-44 for 305 yards with a touchdown and interception while Nic Shimonek went 4-6 for 40 yards and a TD. Jonathan Giles led the Texas Texas Tech receiving corps  with 136 yar0ds on eight receptions and a pair of scores.