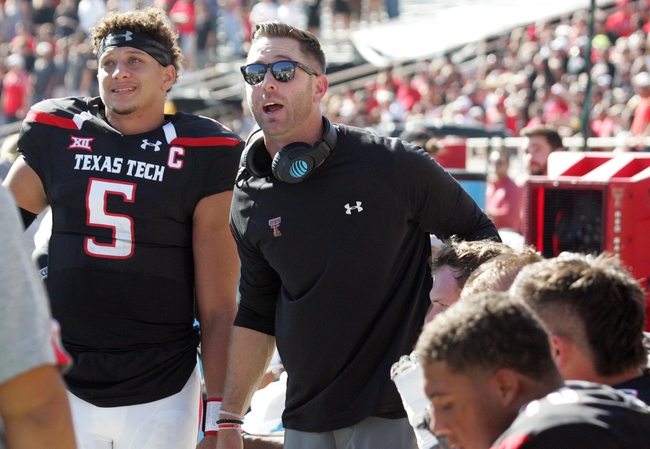 The Oklahoma Sooners look for their fourth straight victory to remain in the competitive Big 12 race. The Oklahoma Sooners have won eight straight road games dating back to the 2014 season. Baker Mayfield is completing 70.6 percent of his passes for 1,803 yards, 16 touchdowns and five interceptions. Mayfield has two or more touchdown passes in 13 of his last 14 games. Dede Westbrook and Mark Andrews have combined for 1,008 receiving yards and 12 touchdowns while Joe Mixon has 18 receptions. The Oklahoma Sooners ground game is averaging 202.5 yards per contest, and Mixon leads the way with 476 yards and two touchdowns. Defensively, Oklahoma is allowing 33 points and 412.8 yards per game. Jordan Evans leads the Oklahoma Sooners with 47 tackles, Ogbonnia Okoronkwo has six sacks and Will Sunderland has one interception.

Oklahoma has outscored Texas Tech 105-57 in the last two matchups and has scored no less than 38 points in each of the last six meetings against the Red Raiders. Oklahoma seems to have gotten back on track and has been sharp on the road for quite some time with eight straight wins on the road. Texas Tech just doesn't play a lick of defense and has given up 40-plus points three times already. The Sooners should have a field day against Texas Tech like they have over the years.

Oklahoma by two touchdowns is more than reasonable against a Texas Tech squad that's falling apart.