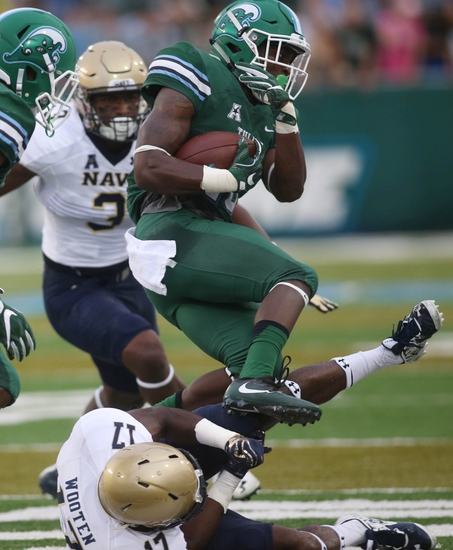 The Tulane Green Wave will travel to Chapman Stadium to take on the Tulsa Golden Hurricane this Saturday afternoon in College Football action.

Tulane has done a solid job this season controlling the clock with their rushing attack and have been very competitive with some very good teams in Navy, Memphis and Wake Forest. Tulsa once again has one of the most explosive offenses in the country as the Golden Hurricane rank 26th in scoring offense and 31st in total offense. It’s hard not to go with the Golden Hurricane after their performance on the road against Houston, however, as Tulane has been solid on the defensive end throughout the season and should have success rushing the football, I think the Green Wave will be able to do enough to keep this one within the large number. Take Tulane and the points.