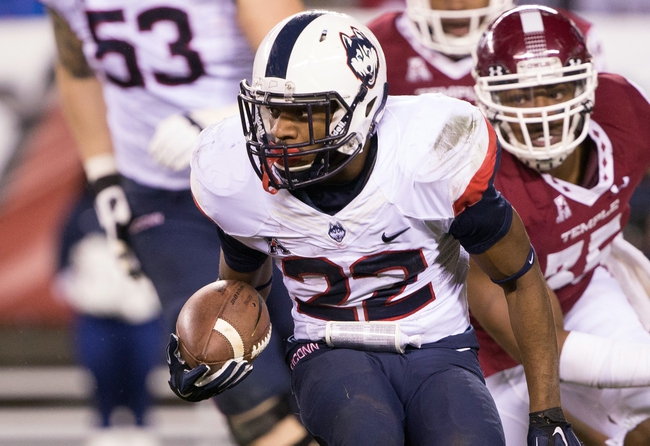 The UCF Knights will travel to Rentschler Field to take on the UConn Huskies this Saturday afternoon in College Football action.

UCF Knights really let one slip through their fingers against Temple, however, their solid effort really showed the UCF is once again a competitive football team after going winless in the 2015 season. UConn played South Florida tough but their defensive, which ranks 76th in total defense and 26th in rushing defense, ran out of steam and couldn’t find a way to stop the explosive Bulls offense late in the game. UCF has the 43rd ranked scoring offense however, as their rushing offense might have some trouble on the road against a solid Huskies rushing defense, I think UConn will be able to do enough at home to get the win. I’m taking UConn and the points in this one.