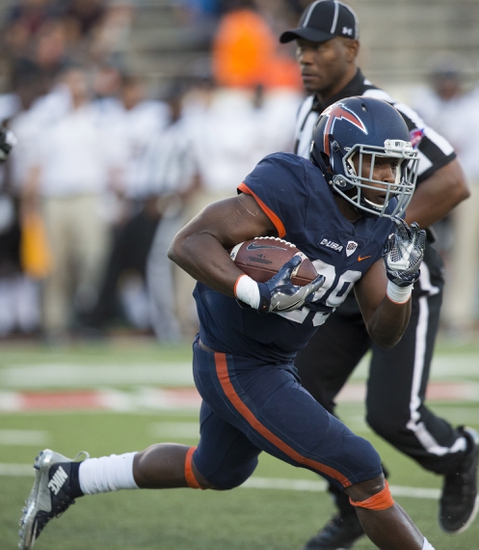 The Texas El Paso look to end their  struggles when they take on the UTSA Roadrunners at the Alamodome in a big college football match up between instate rivals.

After winning their opener, the UTEP Miners have had issues scoring and defending to consistently win in college football. The Miners have dropped five in a row following a 35-21 defeat to visiting Florida International where they couldn’t get enough stops and couldn’t score enough. The Miners were outgained 499-330 and had the ball for just 24 minutes. UTEP quarterback struggled to hit his receivers, going 17-39 for 191 yards and a touchdown and interception. Cole Freytag was the Miners top receiver with five catches and a score while Aaron Jones ran for 73 yards and a pair of TD’s on eight totes Eddie Sinegal ripped off a 42 yard run and caught four balls for 49 yards.

The Texas-San Antonio Roadrunners have played well the last two times out with wins in both after squeezing by Rice 14-13 on the road as a 2.5 point favorite. Fans of defense probably enjoyed this with the teams combining for around 680 yards with UTSA able to run a bit to at least help the passing attack. Jalen Rhodes led the Roadrunners on the ground with 79 yards on 18 carries while quarterback Dalton Sturm hit on 17-25 for 209 yards and a pair of touchdowns. Josh Stewart paced the Texas-San Antonio receiving corps with two receptions for 25 yard and 78 yard touchdowns. Roadrunners punter Yannis Routsas might have been the the MVP with seven  punts.