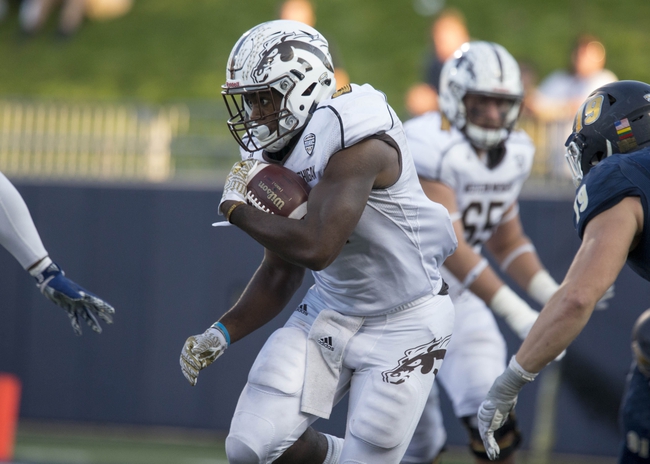 The Eastern Michigan Eagles take the field at Waldo Stadium for a college football clash against the unbeaten Western Michigan Broncos.

The Eastern Michigan Eagles haven’t been lighting up the scoreboard but they have done just enough and their defense has made everything handed them work. That trend worked just   fine in a 27-20 win at Ohio with a 435-415 advantage in real estate and two force turnovers being enough on the road. The EMU attack was one dimensional with 50 yards on nine carries being the extent of the run game although the passing of quarterback Brogan Roback more then made up for no rushing. Broback connected on 29-39 for 347 yards and three touchdowns with Sergio Bailey pacing the EMU receivers with eight catches for 143 yards and a score.

The Western Michigan Broncos have been one of the best mid major squads in the college football ranks. The Broncos have offensive firepower to spare and when the defense contributes this is a complete team. We saw that in a 41-0 win at Akron with a 585-283 yard edge and a pair of forced turnovers. WMU quarterback Zack Terrell completed 21-21 for 207 yards and a pair of turnovers with Carey Davis recording eight receptions for 63 yards and both receiving scores. The Broncos sliced and diced their way on the ground with work  horse Jarvion Franklin carrying the ball 33 times for 281 yards and a touchdown while Davon Tucker added 53 yards.