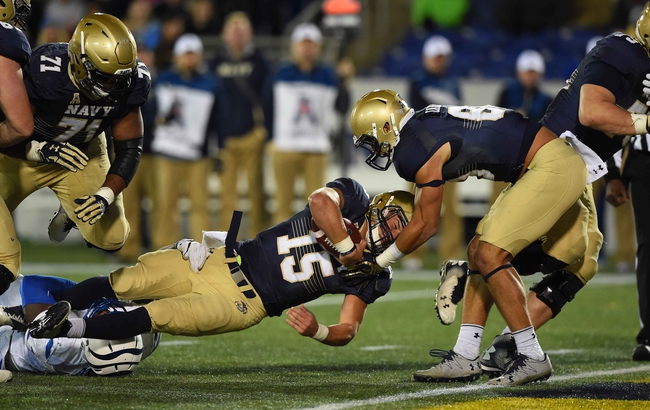 The Navy Midshipmen head south for some college football in the Sunshine State against the South Florida Bulls.

Most thought Navy would be struggling in 2016 but their option is still one of the best in college football. Memphis will agree after a 42-28 loss that raised the Midshipmen to 5-1 and keeps them as a conference threat. The Middies held a 552-431 edge in yards with 74 rushes for 447 yards and a six yard average. Navy quarterback Will Worth didn’t throw much, going 3-4 but he was highly effective with 85 yards and a pair of touchdowns with Darryl Bonner hauling in a 52 yard bomb. Worth was a monster on the ground with 201 yards and two scores on 31 carries while Dishan Romine and Chris High combining for 164 yards on 23 carries.

The South Florida Bulls saw their three game winning streak end  in a 46-30 defeat at Temple but the loss doesn’t surprise me but the play on the field did which is how college football goes sometimes. The Bulls trailed in yardage 531-352 with a turnover and under 21 minutes of possession but nothing was explosive. USF quarterback Quinton Flowers connected on 11-19 for 187 yards and a pair of touchdowns with leading receiver Tyre McCants logging two catches for 53 yards and a score. Flowers paced South Florida’s rushing attack with 14 totes for 90 yards and a TD while Marlon Mack totaled 67 yards and a score on 13 carries.

The line seems odd to me but lines and line movements largely end up meaning. nothing.  Give me Navy and the points…