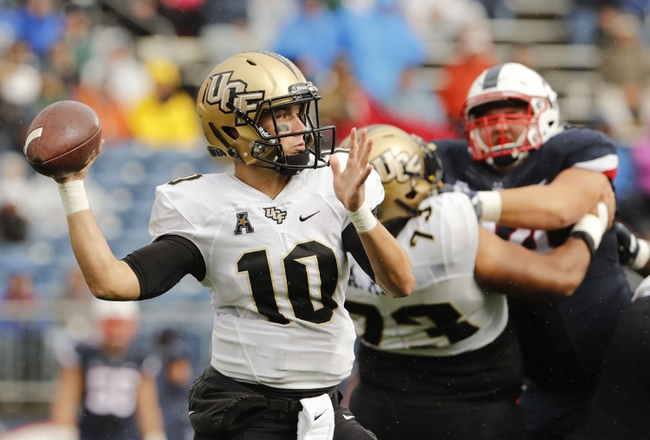 The UCF Knights will travel to TDECU Stadium to take on the Houston Cougars this Saturday afternoon in College Football action.

UCF continues to play solid football and although they’ve relied heavily on their 51st ranked rushing offense, have to be excited by the 300+ yards thrown by their freshman QB, McKenzie Milton, in their recently victory. Houston probably suffered the most shocking loss of this past weekend and although the Cougars enter this contest with the 13th ranked total defense in the country, they need to find some answers when it comes to defending the pass as the Cougars have given up 593 yards and 4 TD’s through the air in their last 2 games. Houston is a very tough place to play however, Houston’s defense has really struggled in their last three games and as UCF looks as if they have a legitimate passing attack to go along with their running game, I’m taking the Knights to cover with the points in this one. Take UCF and the points.