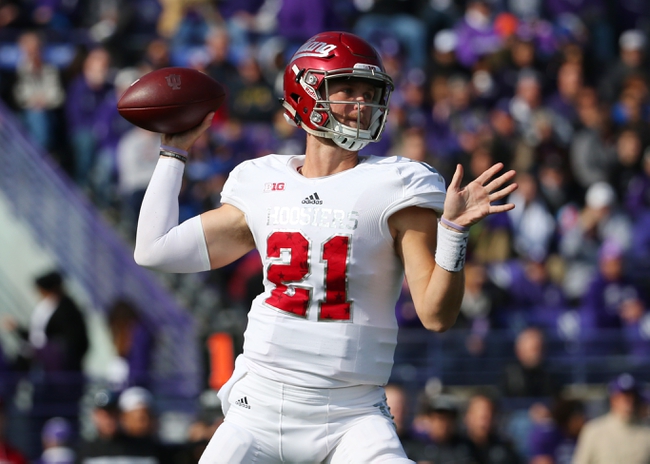 The Indiana Hoosiers would love a feel good victory after losing four of their last five games. Seven of the Indiana Hoosiers last 11 victories have come on their home field. Richard Lagow is completing 59.8 percent of his passes for 1,975 yards, 12 touchdowns and 11 interceptions. Lagow has moved the chains through the air 77 times this season. Nick Westbrook and Ricky Jones have combined for 1,102 receiving yards and five touchdowns while Mitchell Paige has 35 receptions. The Indiana Hoosiers ground game is averaging 139.2 yards per contest, and Devine Redding leads the way with 590 yards and one touchdown. Defensively, Indiana is allowing 25.1 points and 377.6 yards per game. Tegray Scales leads the Indiana Hoosiers with 67 tackles, Nile Sykes has three sacks and Rashard Fant has one interception.

Maryland has looked better than Indiana up to this point and it doesn't help that the Hoosiers have lost four of their last five games. However, the Terps haven't shown they can play consistent ball on the road and were destroyed by Indiana at home last season. The Indiana Hoosiers had goals of making a bowl this season and aren't going to be able to accomplish that goal if they lose home games like this one.

I'll side with the Hoosiers and the reasonable number at home.