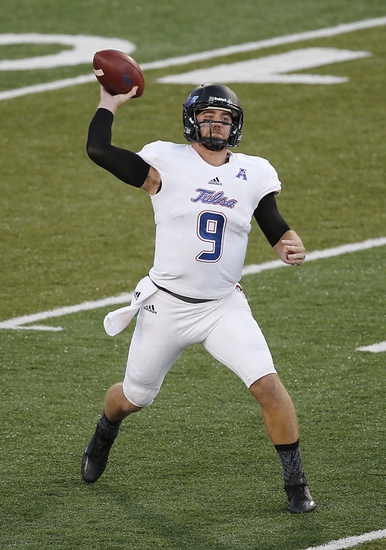 The Tulsa Golden Hurricane will travel to Liberty Bowl Memorial Stadium to take on the Memphis Tigers this Saturday night in College Football action.

Tulsa was able to follow-up their close loss on the road at Houston with arguably their best performance of the season against Tulane and will come into this matchup with the 19th ranked scoring offense in the country. Memphis has a respectable 5-2 record on paper however, has yet to really beat anyone worthwhile and has struggled against their two tough opponents in Ole Miss and Navy. Memphis certainly has a solid offense that could do some damage against the Golden Hurricane, however, I still feel that the Tigers are a bit overrated this season and I think Tulsa will at worst keep this one within the number and possibility pull off the upset on the road. Take Tulsa and the points in this one!