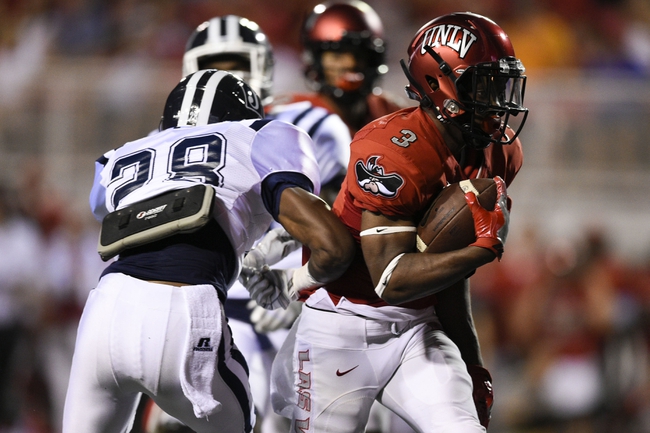 The UNLV Rebels will travel to CEFCU Stadium to take on the San Jose State Spartans this Saturday night in College Football action.

This game might feature little defense as UNLV current ranks 94th in scoring defense while San Jose State ranks 114th. UNLV has used their rushing attack to pick up a few wins this season however, has to be concerned about their defense as they allowed a Colorado State team that ranks just 78th in scoring offense to put up 35 points against them in just the 1st half. It’s been a long season for San Jose State as the offense hasn’t been able to replace the loss of Tyler Erwin and although the defense has forced TO’s, they can’t seem to keep their opponents off the board. This should be a close game however, as I think that UNLV just has more talent on the offensive end, I’m going to go with the Rebels to cover this small road spread. Take the Rebels to cover.