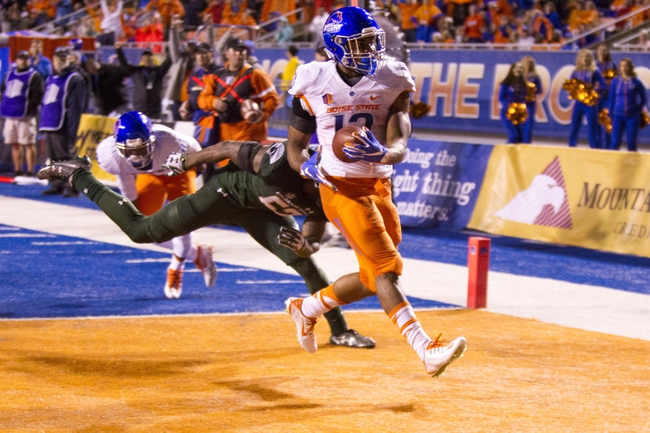 The 13th ranked Boise State Broncos will travel to War Memorial Stadium (WY) to take on the Wyoming Cowboys this Saturday night in College Football action.

Boise State continues to be able to survive games without forcing turnovers, however, the Broncos will need to better when it comes to protecting the ball as teams generally will still win games when committing 5 turnovers. Wyoming has had a great start to their season however, needs to find some answers on the defensive end as the Cowboys rank just 83rd on scoring defense and 123rd in passing defense. This game will feature two of the best RB’s in the country in Boise State’s Jeremy McNichols and Wyoming’s Brian Hill, however, as I just don’t see the Wyoming defense being able to slow down both the passing and rushing attack of the Broncos, I’m taking Boise State to win big in this one. Take Boise State to cover.