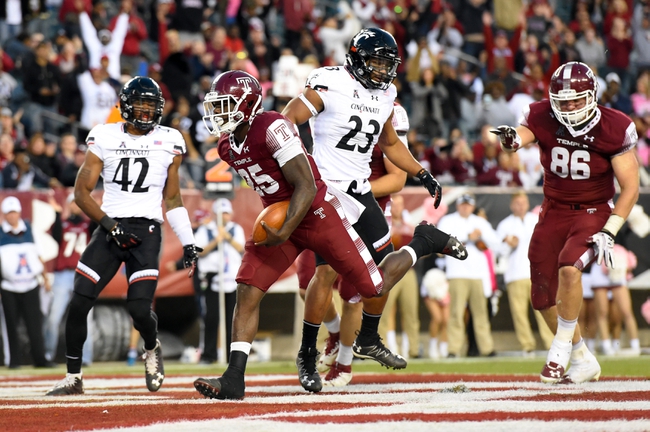 The Temple Owls will travel to Rentschler Field to take on the UConn Huskies this Friday night in College Football action.

Temple was able to follow up their big win at home against South Florida with their win against Cincinnati and has shown over the past few weeks that their offense can get it done both on the ground and through the air. UConn continues to struggle to find ways to put points on their board and their usually strong defense has had trouble stopping the pass as they rank just 118th in the country in passing defense. UConn generally plays well at home but these are two teams headed in different directions and as long as Phillip Walker protects the football, I think the Owls can cover this double-digit spread on the road. Take Temple to cover.