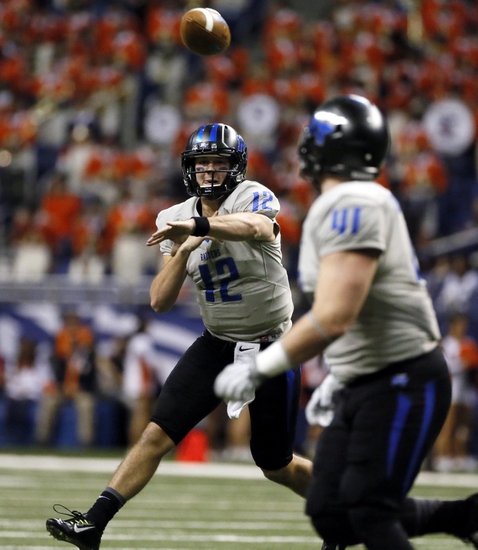 The Texas-San Antonio Roadrunners will travel to Floyd Stadium to take on the Middle Tennessee Blue Raiders this Saturday afternoon in College Football action.

Texas-San Antonio has already been able to surpass their 2015 win total however, the Roadrunners have struggled a bit on the road this season as coming into this matchup with just a 1-2 record with their victory being a 14-13 win over the 1-7 Rice Owls. Middle Tennessee has one of the most explosive offenses in the country and has two outstanding playmakers in QB Brent Stockstill and RB I’Tavius Mathers.  Middle Tennessee was able to defeat Texas-San Antonio by a 42-7 margin on the road last season and as I don’t see the Blue Raiders 7th ranked passing offense being slowed down by the 74th ranked passing defense of the Roadrunners, I’m take Middle Tennessee to win big at home and cover this spread. Take Middle Tennessee to cover.