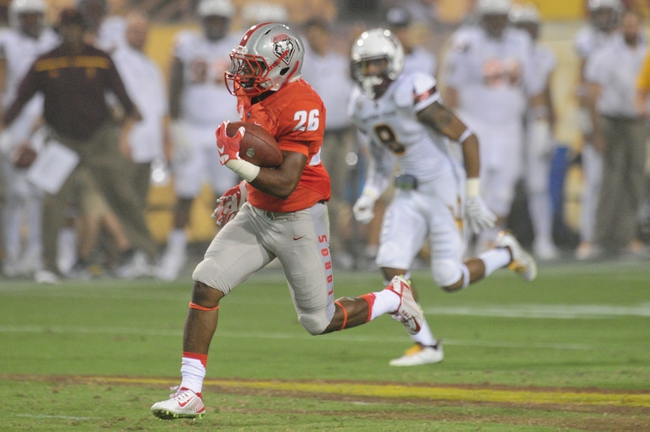 The Nevada Wolfpack will travel to University Stadium (NM) to take on the New Mexico Lobos this Saturday night in College Football action.

Nevada had their best offensive game of the year against Wyoming but it still wasn’t enough as their 124th ranked rushing defense allowed the Cowboys Brian Hill to run for 289 yards and 3 TD’s. New Mexico has been playing well as of late and although their rushing offense didn’t pile on the yards as much as we’ve become accustomed to expect against Hawai'i, the Lobos have to be have happy with their defensive effort against the Rainbow Warriors. Nevada is 0-4 on the road this season and as between the fact that the Nevada rush defense can’t seem to stop anyone and that Nevada’s QB Ty Gangi will be making his first road start, I’m going to take New Mexico to cover this spread. Take New Mexico to cover.