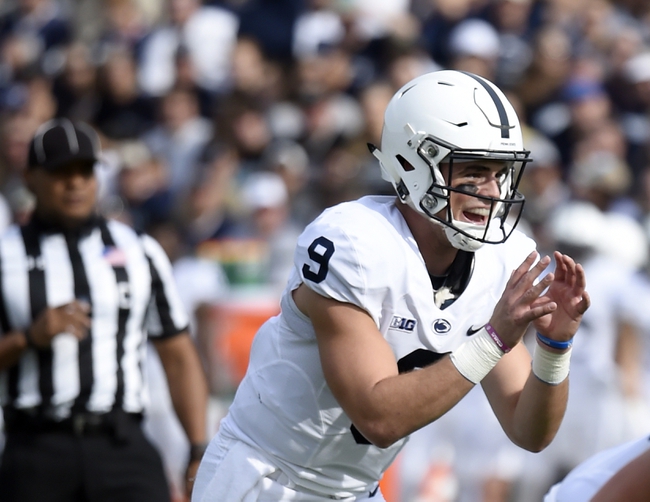 The Iowa Hawkeyes look for a feel good road victory after splitting their last six games. The Iowa Hawkeyes have two wins over ranked teams since the 2014 season. C.J. Beathard is completing 58.7 percent of his passes for 1,380 yards, 11 touchdowns and four interceptions. Beathard has two touchdown passes in his last three games. Riley McCarron and Matt VandeBerg have combined for 620 receiving yards and six touchdowns while George Kittle has 17 receptions. The Iowa Hawkeyes ground game is averaging 167.8 yards per contest, and Akrum Wadley leads the way with 636 yards and eight touchdowns. Defensively, Iowa is allowing 18.9 points and 377.4 yards per game. Josey Jewell leads the Iowa Hawkeyes with 77 tackles, Jaleel Johnson has 5.5 sacks and Brandon Snyder has two interceptions.

I'm not sure what's gotten into the Penn State Nittany Lions lately, but they've been a different team over the last month or so. The Nittany Lions look like a true Big Ten contender and have played their best ball overall on their home field. Meanwhile, Iowa is a shell of itself from a year ago and should continue to struggle on the offensive side against this Penn State defense. I'll side with Penn State at home and lay the touchdown with confidence.