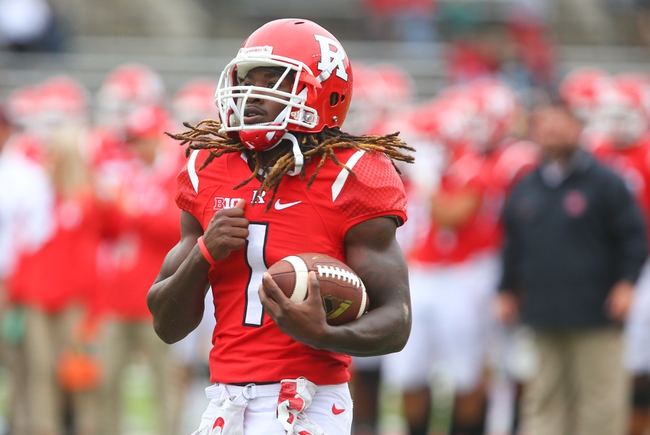 The Indiana Hoosiers look for their second road victory of the season to get a game above a .500 record. The Indiana Hoosiers also need this victory in order to have a real shot of becoming bowl eligible. Richard Lagow is completing 60.1 percent of his passes for 2,180 yards, 12 touchdowns and 11 interceptions. Lagow has just one touchdown pass in his last three games. Nick Westbrook and Ricky Jones have combined for 1,244 receiving yards and five touchdowns while Mitchell Paige has 37 receptions. The Indiana Hoosiers ground game is averaging 173.6 yards per contest, and Devine Redding leads the way with 720 yards and two touchdowns. Defensively, Indiana is allowing 26.5 points and 395 yards per game. Tegray Scales leads the Indiana Hoosiers with 80 tackles, Nile Sykes has three sacks and Marcelino Ball has two interceptions.

Rutgers showed signs of life in its last game against Minnesota, but I'm not sure that's enough for me to trust the Scarlet Knights given their overall performance this season. Indiana has been the far more consistent team and is still playing for something with a possible bowl bid within reach. Backing Rutgers in any situaion is risky, as the Scarlet Knights are easily one of the worst power five teams in the country.

I'll take Indiana by two touchdowns on the road if forced to pick this game, however, there are better bets on the board.