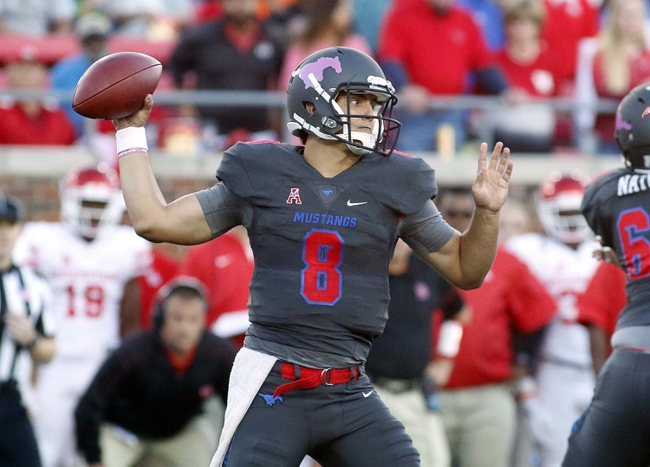 The Memphis Tigers will travel to Gerald J. Ford Stadium to take on the SMU Mustangs this Saturday afternoon in College Football action.

Memphis comes into this game with a solid 5-3 record, however, the Tigers record is one of the more misleading records in College Football as their only quality win has come against Temple and their three losses, which have come against Ole Miss, Navy, and Tulsa, have come by an average of 21 points. SMU didn’t suffer a letdown after their upset at home against Houston and although SMU comes in with just the 88th ranked scoring defense, the Mustangs have been solid on the offensive end and have a 2-1 record at home. This game has all the making to be a high-scoring shootout, however, as I just don’t have any confidence in this Memphis team, I think as long as SMU and Ben Hicks can limit the turnovers, that the Mustangs continue their winning ways and pick up the win at home. I’m taking SMU on the M/L in this one.