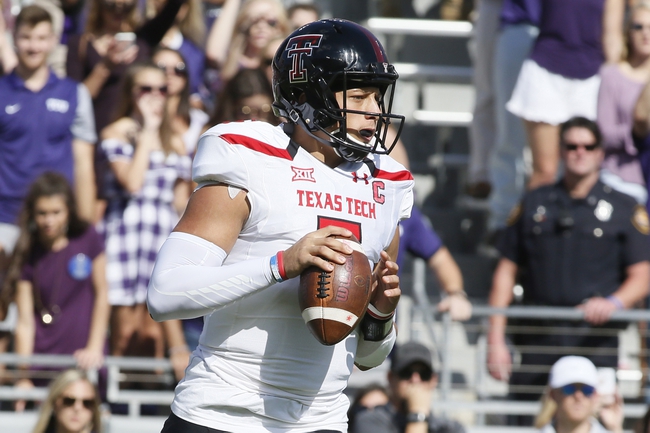 The Texas Longhorns look for their first road victory of the season to get a game above a .500 record. The Texas Longhorns have lost eight of their last 11 road games. Shane Buechele is completing 63.9 percent of his passes for 2,013 yards, 17 touchdowns and six interceptions. Buechele has two or more touchdown passes in four straight games. Armanti Foreman and Devin Duvernay have combined for 624 receiving yards and six touchdowns while Dorian Leonard has 14 receptions. The Texas Longhorns ground game is averaging 226.5 yards per contest, and D’Onta Foreman leads the way with 1,105 yards and 10 touchdowns. Defensively, Texas is allowing 32.8 points and 461.9 yards per game. Anthony Wheeler leads the Texas Longhorns with 60 tackles, Breckyn Hager has five sacks and Dylan Haines has two interceptions.

I'm not sure why the Texas Longhorns continue to get respect from oddmakers, but they still have a lot to prove on the road. After all, the Longhorns have lost eight of their last 11 games on the road, so winning in Texas Tech isn't going to be some cakewalk. Mahomes is expected to play and he's likely going to light this Texas defense up. This is a game where neither team plays much defense and the winner could be the team that has the ball last. I'm taking the Texas Tech Red Raiders in a game they could very well win outright.