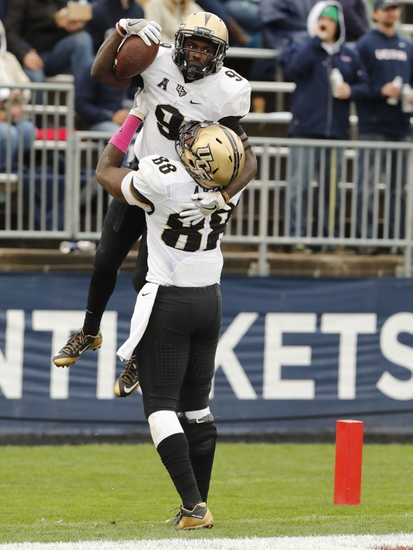 The Tulane Green Wave will travel to Bright House Networks Stadium to take on the UCF Knights this Friday night in College Football action.

Tulane has been much more competitive this season than expected however, as defenses have adjusted to stop the rushing attack the Green Wave just can’t get much done through air. UCF and 1st year Head Coach Scott Frost has done an outstanding job getting the UCF program back on the track and have been very competitive in the AAC this season as their 2 losses have come in close losses vs. Temple and Houston. Both teams are headed in the right direction under their respected head coaches, however, UCF is the better team in this matchup and as Tulane has struggled a bit on the road this season, I just don’t see them being able to cover with the points in this road matchup. I’m taking the UCF Knights to cover this large spread at home!