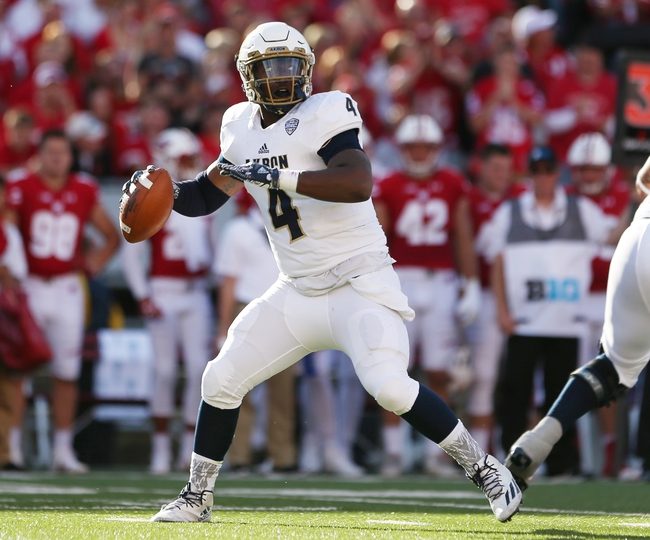 The Akron Zips look for a win to get a game above a .500 record and become bowl eligible. The Akron Zips have split their last 10 home games. Thomas Woodson is completing 60.6 percent of his passes for 2,079 yards, 18 touchdowns and six interceptions. Woodson has five touchdown passes in his last three games. Jerome Lane and JoJo Natson, Jr. have combined for 1,602 receiving yards and 15 touchdowns while Austin Wolf has 33 receptions. The Akron Zips ground game is averaging 131.4 yards per contest, and Van Edwards, Jr. leads the way with 401 yards and two touchdowns. Defensively, Akron is allowing 35.6 points and 497 yards per game. Ulysees Gilbert III leads the Akron Zips with 106 tackles, Jamal Marcus has 2.5 sacks and Kyron Brown has three interceptions.

Bowling Green is simply a bad football team and has shown little to no signs of turning things around. Akron has had its struggles as well, but the Zips can put points on the board and are still playing for a bowl spot. I just can't back the Falcons with the way they've played during their seven-game losing streak. Give me Akron at home by a double-digit victory.