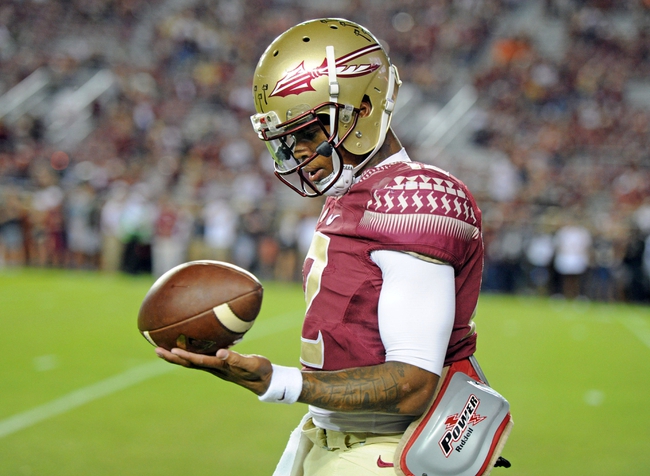 Down at Bobby Bowden Field at Doak Campbell Stadium in Tallahassee on Friday, November 11, the Boston College Eagles will be facing off against the Florida State Seminoles in Week 11 ACC college football action.

Boston College comes into this one with a 4-5 record on the year, and was trounced by Louisville 52-7 in their last outing. During that game, Louisville QB Lamar Jackson was his usual Heisman-caliber self with seven touchdowns (four passing; three running). On the Boston College side, QB Patrick Towles had a meandering day with a 13-of-21 line for 147 yards, a TD and a pick, while Richard Wilson led an ineffective rushing game with eight carries for 39 yards.

So far this year, Towles has a 101-of-198 line for 1293 yards and an 8:6 TD:INT mark for Boston College, while Jon Hilliman leads the rushers on 129 carries for 432 yards and five scores. Jeff Smith is the Eagles’ lead receiver with his 18 catches for 284 yards and three touchdowns.

Meanwhile, Florida State enters Week 11 with a 6-3 record and managed to get by North Carolina State 24-20 in their last appearance this past Saturday. In that matchup, Deondre Francois had a big day on 22-of-39 passing for 330 yards and one touchdown, while Dalvin Cook led Florida State in rushing as usual on 18 carries for 65 yards and a TD. Nyqwan Murray also had a nice outing for the Seminoles on his nine catches for 153 yards.

Boston College has lost three of their last four games, with two of them being complete blowouts and the other two decided by eight points or less. Meanwhile, Florida State has won three of their last four but is normally caught eking through. Each of the Seminoles’ last five games has been decided by 11 points or fewer, with three of those coming by four points or less. I see this one as a relatively lower-scoring Dalvin Cook game, and though Boston College should be able to flirt with a cover I think Florida State will come out clean here.