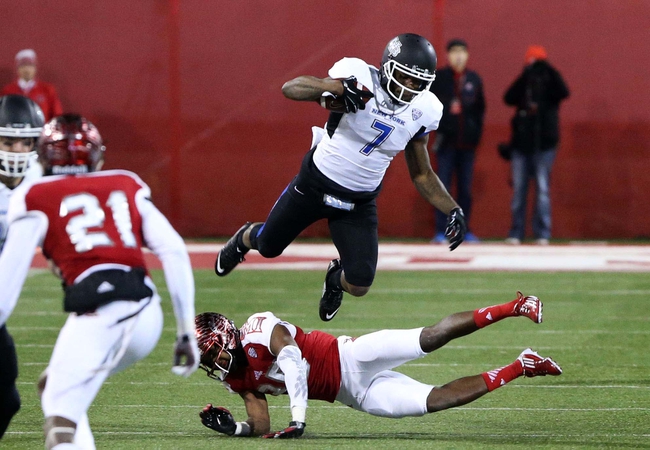 The Buffalo Bulls and the Miami (OH) Redhawks face off on Saturday in week 11 MAC college football action.

The Buffalo Bulls are 207 this season and they have lost 5 of their last 6 games. The Buffalo offense is averaging 17.2 points and 355.1 yards per game and they have turned the ball over 14 times. Bulls QB Tyree Jackson has completed 53.9 percent of his passes with 9touchdowns and 8 interceptions and he has rushed for 373 yards and 5 touchdowns. Jordan Johnson leads Buffalo in rushing with 784 yards and 3 touchdowns and Mason Schreck is the leading receiver with 40 catches and 4 touchdowns. The Buffalo defense is allowing 32 points and 423.3 yards per game with 5 interceptions, 4 fumble recoveries, and 13 sacks. Khalil Hodge leads the Bulls defense with 98 tackles, Ishmael Hargrove has 68 tackles, and Ryan Williamson has 57 tackles. Buffalo showed a glimpse of hope when they pummeled a pretty good Akron team but outside of that it has been a disaster of a season.

The Miami (OH) Redhawks are 4-6 this season and they have reeled off four wins in a row after a disastrous start to the season. The Miami (OH) offense is averaging 22.5 points and 358.6 yards per game and they have turned the ball over 17 times. Redhawks QB Billy Bahl is completing 55.2 percent of his passes with 8 touchdowns and 4 interceptions. Alonzo Smith leads the Miami (OH) rushing attack with 514 yards and 3 touchdowns and Kenny Young has 469 yards and 2 touchdowns while James Gardner has 35 catches and 5 touchdowns and Jared Murphy 33 catches and 3 touchdowns. Defensively the Redhawks are allowing 24.8 points and 344 yards per game with 12 interceptions, 6 fumble recoveries, and 23 sacks. Junior McMullen and Tony Reid lead the Miami (OH) defense with 66 tackles each and Heath Harding has 52 tackles. Miami is easily playing their best football of the season.

Miami (OH) seems to have found more than just a few things that are working and they aren’t turning the ball over while we can’t count on Buffalo to find lightning in a bottle like they did against Akron. Look for Miami to win big here.